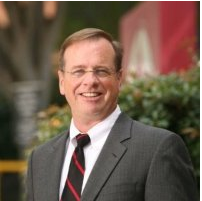 The Importance of Physician Engagement in Value-Based Initiatives

[SHSMD16 Speaker Podcast Series] Stewart Gandolf, CEO of Healthcare Success talks with Dr. Jeff Cole, Vice President of Ancillary Services at Athens Regional Health System about Dr. Cole’s upcoming presentation at the 2106 SHSMD Connections Conference on the topic: Successfully Engaging Physicians in Value-Based Initiatives: Strategy and Best Practices from the Frontlines of Physician-Hospital Collaboration. In the medical field, where hospital CEOs are often businessmen and not doctors, physicians can get left behind during the implementation of key hospital programs – which is the topic Stewart Gandolf and guest Dr. Jeff Cole discuss in today’s podcast. A few years ago, Athens Regional Health System rolled out a new electronic medical record (EMR) program, during which Dr. Cole and many others learned a hard lesson about the importance of physician involvement. Administrators vs. Doctors Athens Regional is likely no exception to the problem of administrators vs. doctors. New systems tend to favor the heavily technical side at the expense of clinical workflow – more paperwork, tougher tracking systems, and other new, additional tasks all jeopardize a physician’s ability to efficiently treat patients. Often times, new initiatives are framed by how they will affect the bottom line, but it’s not always easy to do the same for their operational impact, which is why a physician’s input is – and should be – a valuable asset to the success of the program. In his case study, Dr. Cole discusses Athens Regional’s “canaries in the mineshaft.” Doctors and nurses spoke up about their concerns with the new EMR system, but it fell on deaf ears. Instead, they were labeled as “resistant to change,” “malcontent,” or even “troublemakers.” In the end, the implementation of the new EMR system was unsuccessful for the reasons that the doctors and nurses had warned about. This example highlights why it’s vitally important to involve physicians during the implementation process. Doctors and nurses provide important insight to the operational effects of a new program, and if they resist a new initiative, that doesn’t mean they don’t support it. Best Practices to Engage Physicians How do you get a doctor to support a new initiative? Dr. Cole has a number of helpful tips, which he supports with relevant, real-life examples:

By including physicians in the process, Dr. Cole and his team at Athens Regional were able to work through the EMR crisis and bring the hospital to a higher level of clinical and operational efficiency. 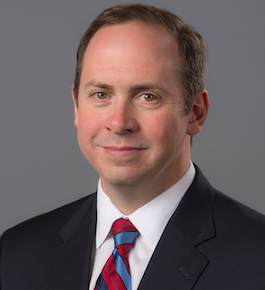 Doctor, My Time is Just as Valuable 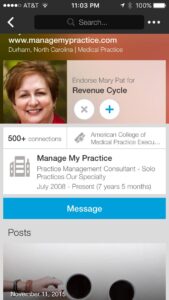 My guest today on Get Social Health is LinkedIn Influencer Mary Pat Whaley, a writer,