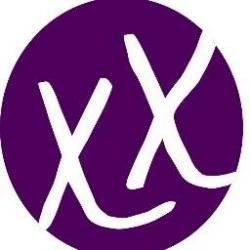 Impressions from XX in Health Last week I was fortunate to attend the XX in Health conference sponsored by Rock Health at Cavallo Point in Sausalito.

Last week I was fortunate to attend the XX in Health conference sponsored by Rock Health at Cavallo Point in Sausalito. It was an evening and full-day of networking for women at all stages of their careers and across many disciplines including large insurers, startups, consulting companies, government, and healthcare providers.

Lisa Suennen, venture capitalist and healthcare consultant provided commentary and kept the day running smoothly. Pat Salber of the Doctor Weighs In did a great job of summarizing the day, so I’ll stick to my impressions.

First, I can’t remember the last time I was at any event that was all women and the first thing that struck me was the color and diversity of appearances and the amount of buzz in the room before the event even started. I’m used to IT conferences where everyone is wearing the same uniform of khakis and polos, and where everyone looks at their shoes until the evening cocktail hour. (Joke: How can you tell an extroverted engineer? S/he looks at your shoes.)

Second, I was struck by the honesty of the personal stories that were told. It was refreshing to hear how people struggled. So often we only hear the ups, and miss all the trials that got a successful person to that place. What struck me is that it seemed unlikely that a group of men would share to this depth.

Third, women’s career paths while producing highly talented and well-rounded individuals do not fit the traditional “climbing the ladder.” During my 10 years at Microsoft, I saw people with calculated career paths. They did whatever it took to get to the next level, and they got there faster than I did. I looked for interesting experiences. Opening speaker, Colleen Reitan of Healthcare Services Corporation talked about a similar approach, but was questioned by an audience member if perhaps women take this route because they have no other choice or face roadblocks. At the break, my table talked about this a bit, and think that unfortunately there a lot of external factors, like not wanting to look too aggressive that make women take this path.

Another prevalent theme was that women are well suited to solve challenges in healthcare due to their natural empathy, and that healthcare problems can only be solved with human communication, spaces for healing, and spiritual connection.

Many speakers talked about mentors who had challenged them, supported them, and sometimes bluntly said they couldn’t do things, which spurned greater action. Interestingly, I can’t remember a single person with a great female mentor. They were all senior men, most of these speakers were in later career so it might just be a product of the time they were starting.

Finally, one of my biggest takeaways was to look for the “underdog.” Vivek Wadwa, the only male speaker, talked about how while Silicon Valley was staffed by immigrants, he was told by every VC that “Indians don’t make good CEOs” so rather than fight this, he looked to CEOs of successful Indian companies for backing and advice, which might not have been a typical choice. I heard the same advice from other startup CEOs I talked to: you are different, find others who are different and help them.

The event this year had a waitlist of over 400 people, so if you’re interested in attending you will want to make sure you are following @xxinhealth.

If you’d like to get some great impressions of the event, you can see some of the best tweets here.