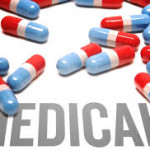 Is Managed Care the Answer to Reduce Medicaid Drug Costs?

Summary: Healthcare costs are continuing to rise. Medicaid continues to expand. What is the best way to regulate Summary: Healthcare costs are continuing to rise. Medicaid continues to expand. What is the best way to regulate

In 2010, the Patient Protection Affordable Care Act (PPACA) was implemented with provision effective dates extending through 2014. Part of the PPACA is specific to Medicaid and the expansion thereof. Originally, it was proposed to mandate that all states would begin efforts to expand Medicaid in an effort to cover more individuals. Since the initial proposal, a compromise was struck which permitted individual states to either go ahead with expansion or to opt out. The carrot dangled to entice states to participate was that of additional federal funding which would be 100% for the first 3 years and then to scale back progressively. Expansion of Medicaid is accomplished through managed care. Managed care is an approach to healthcare designed to simplify and expedite services while providing quality and cost-effective healthcare. Managed care plans typically cover some or all of the costs of obtaining healthcare services.  Members of such plans are usually encouraged to utilize approved providers within a particular network.  Managed care plans include utilization review mechanisms to track the types and quantities of services obtained by its members. Provider reimbursement methods are another primary important segment of managed care plans.  These methods are used to encourage healthcare services that are deemed  medically necessary and discourage the use of those deemed unnecessary.

Many times we think of managed care as it pertains to services of care. However, pharmacy is becoming a key component in the overall managed care arena. The state contracts out its pharmaceutical services to a group that agrees to provide services at a lower cost. Managed care system gets paid the more money they save. Managed care can benefit the patient by reducing the number of opportunities for drug duplication. As with most aspects of healthcare, there is a legitimate concern as to how to apply to behavioral health patients.

The cost of prescription drugs for the Medicaid community are rising at rapid rates along with healthcare costs in general. Currently, states vary greatly in what is charged/reimbursed for prescription drug costs. Some states are beginning to roll in prescription drugs into managed care, forming networks similar to traditional HMOs. Competition is beginning to take place between pharmaceutical manufacturers, pharmacy benefit managers and both physical and mail-order pharmacies.

One of the confusing things about Medicaid is that it is under the control of the individual states. Each state has the ability to administer how they see fit within certain parameters. With this being said, different states have different eligibility requirements as well as funding/reimbursement attributes. Examples of this disparity include: one state is $11 per prescription to dispense Medicaid drugs with lower ingredient fees while other states are closer to $2 in dispensing fees with increased costs for ingredients. The big dilemma is trying to achieve some sort of regulation to encourage a level playing field, so to speak. Federal legislation has been proposed but as yet not been approved. Once approved, there is growing concern about not if reimbursement will be cut but by how much.

States have tried to be creative in curbing Medicaid drug costs by instituting preferred drug lists, requiring pre-authorization, requiring manufacture discounts and negotiating rebates and joint-buying programs on a multi-state level. While some of these have been successful, there doesn’t appear to be on solid answer to achieve best practices status.

Will managed care be successful in regard to Medicaid drug costs? Only time will tell.