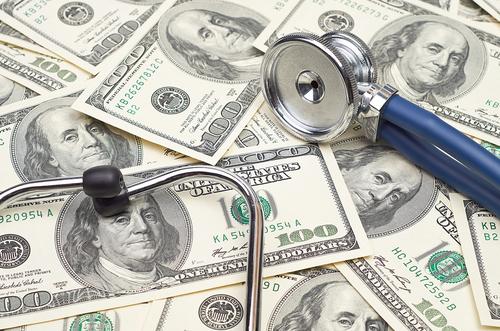 A Medicaid Block Grant by Any Other Name Would Stink The Burr-Hatch-Upton proposal to replace the Affordable Care Act (ACA) calls for a “transition to capped allotment to provide states with predictable funding and flexibility.” The focus of this section of the proposal? To fix an unsustainable Medicaid program. How do they propose to do this? By rolling back the Medicaid expansion and converting the Medicaid program to a block grant.

First, the proposal describes the fact that, under the ACA, the federal government pays 90% of the costs of the Medicaid expansion population (in states that have opted to expand). While that is totally accurate, what is less clear is why the proposal says that this financing arrangement is “unfair to the low-income mother with children or the elderly blind person–the kinds of individuals who Medicaid was originally designed to help.” It’s true that these are examples of individuals eligible for Medicaid pre-expansion, but it’s also true that the expansion doesn’t affect their Medicaid eligibility in any way. So it really isn’t clear what’s happening in this paragraph, other than an attempt to gain support by holding out two examples of “deserving” populations and claiming that Medicaid expansion harms them somehow.

Importantly, the GOP’s proposal would take away Medicaid eligibility from any low-income person who is not also a child, pregnant woman, family with children, elderly, or disabled. This is the world before the ACA–and the world that still exists in states that refused to expand Medicaid. A world where a person working full-time, but earning barely enough money to get by, does not qualify for Medicaid unless they happen to get pregnant. Later in this section of the proposal, it says: “These reforms would replace the outdated maze of confusing, burdensome, and costly rules with clear reporting standards.” Let me get this straight: Changing Medicaid eligibility requirements from “anyone earning below 138% of poverty” to “anyone who’s on this list of certain types of people and whose income falls below the specific income threshold corresponding to that particular type of person” is less confusing and burdensome? Oh, yeah, and remember those tax credits the proposal wants to offer people? They’re also going to allow people who qualify for Medicaid to opt-out of that program and use the tax credits to purchase private insurance. This is clearly a much more streamlined approach.

Second, the proposal outlines the GOP’s desire to convert Medicaid into a block grant. They use a variety of phrases like “capped allotment”, “taxpayer-provided pass-through health care grants”, and “defined budget”, but what they mean is “block grant.” What this means is that, rather than Medicaid being a program where your benefits never run out, Medicaid will be a program that ends when the money the federal government has decided to give the states runs out each year. For details, the block grant is to be based off the amount of federal spending on Medicaid from last year, allocated to states based on the size of their population below 100% of poverty, and adjusted for inflation by tying the grant to the consumer price index + 1 percentage point. The plan sells this as a way to “provide states with financial predictability and flexibility in designing and operating their programs…” Indeed, it would do that. But, you could also say it is a way to put states in the terrible position of having to suspend their Medicaid programs and deny benefits to their most vulnerable residents on a regular basis. There is little question that this would be an effective tool to control health care costs. The only question is at whose expense?