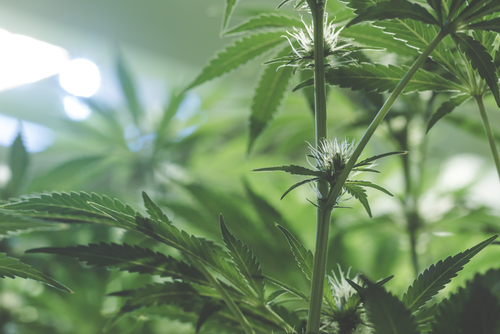 Medical Marijuana For Diabetes: The Best Strains To Consider

Diabetes is a medical condition that affects the production and effectiveness of insulin within the human body. It’s a global disease, with some 415 million people suffering from the condition. In smaller numbers, that means that 1 of every 11 people has diabetes. Medical marijuana for diabetes is one way to help ease symptoms. Many of those people are turning towards cannabis to help to treat some of the symptoms their condition.

Before we can discuss if cannabis is an effective treatment, we must first delve into what exactly diabetes is and the potential causes.

In short, diabetes is a disease that affects the production of the hormone called insulin. When a person eats, the body converts part of the food into blood sugar. The pancreas produces insulin to help move blood sugar into the cells. In a person with diabetes, either insulin isn’t doing this effectively or the pancreas is damaged and cannot produce insulin. The result is high blood sugar. High blood sugar over time can cause a number of severe health problems.

The Two Types of Diabetes

There are currently two types of diabetes: type 1 and type 2 diabetes. Type 1 is a genetic condition in which the pancreas cannot create insulin because the immune system attacks the insulin hormone and destroys it. Type 2 diabetes is a condition in which the pancreas does not produce enough insulin to get blood sugar levels to come down. Type 1 diabetes is a permanent condition, but type 2 can be reversible.

Medical Research on Cannabis and Diabetes

There are quite a few medical studies involving cannabis and its effect on diabetes, and what medical marijuana for diabetes can do. Medical science shows that there is evidence that cannabis is beneficial to people who are already diagnosed with both type 1 and type 2 diabetes.

One 2013 that had lasted five years showed that among cannabis smokers there was a 16% lower fasting insulin levels. These people also had a 17% lower incidence of insulin resistance. One more significant finding was that marijuana users showed to have a better carbohydrate metabolism.

In another study, scientists at the Hebrew University of Jerusalem discovered that the anti-inflammatory properties of cannabis may help to treat those with type 2 diabetes. All this means that cannabis does seem to have a beneficial effect in helping with blood sugar control.

Now that we know that cannabis can help people suffering from diabetes, which strains should diabetics turn to? Here are the strains that you can pack into your dry herb vaporizer or load a concentrate into your vape pen to help with diabetes.

Harlequin is a rare strain but is popular in the medical marijuana community due to its high CBD to THC ratio. In short, this provides relief from symptoms without the high associated with a high THC strain. It’s great for those who need relief, but still, need focus for work.

Like Harlequin, Green Crack is another daytime strain. Some users say that it produces a laser-like focus and can be uplifting. This is perfect for those with diabetes who also suffer from depression. Green Crack is best avoided at night because its uplifting qualities may prevent sleep for at least a few hours after consumption.

This strain was literally created with diabetics in mind. It’s tough to find, but the high levels of THC, which can help improve fasting insulin levels and lower blood glucose. This strain is high in THC, which means that if you need focus, it may be best to utilize another strain. However, as a nighttime strain, Doug’s Varin is one of the best.

This strain is one of the most widely used strains for medical purposes. In fact, many consider this strain to be legendary in its ability to produce both therapeutic effects as well as a calm euphoria. It’s a great all-day strain because it can relax you without putting you to sleep, but it can also help calm the mind for those that are tired and want to sleep.

No list for medical marijuana strains would be complete without Cannatonic. This strain boasts up to 17% CBD while still having enough THC to help treat conditions like pain, anxiety, stress, and depression. The high CBD to THC ratio cancels out the high that high THC strains are known to produce.

For those with diabetes, medical marijuana is promising. It has also been shown to be effective in treating the neuropathic nerve pain that can be associated with the disease as well as helping to treat the condition itself.

Michael is a marketing and creative content specialist with  a primary focus on customer satisfaction. Technology and fitness combined with healthy lifestyle obsession are his main talking points.