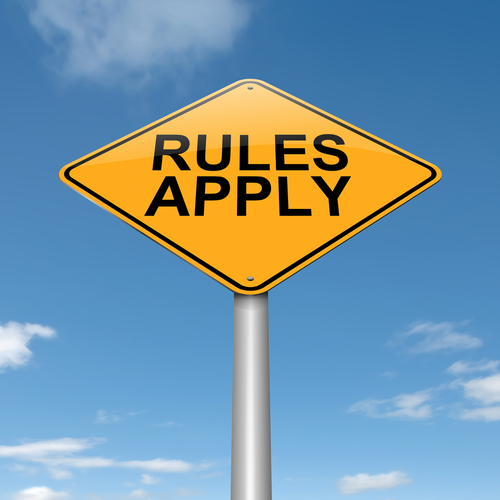 This post is a two-parter.  Readers, forgive me.  When I completed it in one of Cleveland’s finest culinary establishments, a building adorned with two arches, the word count approached 1000, and I couldn’t subject readers to a post of this length.  This is not a sneaky device to lure you back next week for the stunning conclusion, reminiscent of the old Batman TV show where we would have to wait for the 2ndepisode to witness Adam West and Burt Ward save themselves from a seemingly fatal fate.

Using Sonar to Detect Gotham City Villains
I don’t love rules and regulations, though I’m hardly a lawless renegade.  I was an obedient youngster who reliably colored inside of the lines.  I went through adolescence with barely a squeak of rebellion and earned a college diploma without plagiarizing.  In my personal and professional life, I try to maintain a comfortable distance separating my conduct from looser behavior that would still be considered reasonable.
But, some rules are so enigmatic that we need to recruit our greatest minds to explain their existence.  Many of these edicts are usually wild over-compensations addressing some narrow conflict or minor offense.  Instead of acting surgically, these bureaucratic blunderbusses aim everywhere hoping that one of their lead balls will find the desired target.
These absurdities are not restricted to the medical arena.  I stumbled across this piece this very week describing a young boy who was suspended from school for two days.  I have attached the linkhere so that readers can appreciate how nefarious and dangerous this young man is.  It’s a chilling vignette that reinforces the need to adopt zero tolerance for weapons on school grounds.  Frankly, I think the kid should have been expelled and his irresponsible parents prosecuted for providing their child with weapons-grade material that he clandestinely secured in his lunch box.  While I have been skeptical with regard to gun control, this tale of horror has caused my position to shift.
In medicine, we have rules and requirements that would make patients’ heads spin with such acceleration, that they might actually become airborne like helicopters.
The hoops that we jump through daily with respect to billing and coding are an adventure that I suspect no other profession can relate to.  In our office, have a team of dedicated professionals who each day enter the byzantine, labyrinthine hall of mirrors which can test the nerves of the most hardened warriors.  While the ‘paperwork’ is all electronic, if the wrong punctuation mark is entered, it risks destroying western civilization, or disrupting the nation’s energy grid, at the very least.   Next week I will offer just a few specific examples of senseless regulations that our practice faces every day.  If any reader suspects that I made stuff up for effect or amusement, I assure you that my imagination isn’t that developed.   So much of the new and improved health care system has become towering arcade of insanity that was designed and enforced by those who marvel at the inferno of frustration that they created.  All I know is that nearly none of it helps doctors or patients, whom I still think are the essential players in the medical arena.
Think of your own lives and occupations.  Is there dumb stuff you have to do that makes no sense?  Let us hear from you now.  Sharing is caring.
image: rules/shutterstock