Medicare Payments to Providers Are Carved, Sliced and Chopped by Sequestration

2% Sequestration Cuts Take a Big Bite Out Of Medicare Reimbursements

2% Sequestration Cuts Take a Big Bite Out Of Medicare Reimbursements 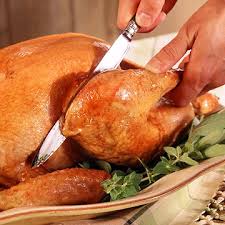 CARVED – Sequestration is defined as taking legal possession of assets until a debt has been paid off (Merriam Webster). The federal government is automatically cutting the federal budget by slicing Medicare reimbursements by 2%.

On January 1st of this year, sequestration was supposed to go into effect. However, the U.S. Congress passed P.L. 112-240 “American Tax Relief Act of 2013″ (aka fiscal cliff) delaying the start of sequestration until March 1st.

How will sequestration affect healthcare?

SLICED – Below you will find several examples of how sequestration will slice State Health Departments budgets:

CHOPPED – Sequestration will have a huge impact on healthcare chopping up reimbursements. Now more than ever before, providers must look for every dollar of reimbursement they can find. In most cases, the low-hanging fruit has already been picked. Today, forward thinking healthcare executives must move quickly to make the decisions which will positively affect reimbursements. Investments in brand new technologies and reinvented processes, which offer an ROI of less than 12 months will be the most attractive moves executives can make. There are several “Blue Diamond” technologies entering the marketplace every day. These new avenues for reimbursement recovery are available to help offset the reimbursements that has been carved up, sliced off and hacked to pieces by sequestration.

The post Medicare Payments to Providers Are Carved, Sliced and Chopped by Sequestration appeared first on REVENUE CYCLE NEWS.