Sites where patients review and rate their physicians have in the past seemed to get a bad rap. But as patients look more at their healthcare choices the way they do at other purchases, the value of these sites, to some, is becoming increasingly clear.

Roys Laux, the general manager of the health and wellness division of service rating site Angie’s List, said the company entered the consumer review business 17 years ago, focusing on connecting consumers with quality home improvement service providers. About five years ago, its reviewers led the company into the health space. Now the site has listing for everything from physicians to dentists to plastic surgeons to healthcare insurers.

Over the past five years, the majority of the reviews and ratings in health have been for elective health providers, like dentists, OBGYNs and dermatologists. According to Laux, they’ve also been mostly positive. That’s something DocSpot also found in a recent analysis of a quarter million reviews on its site.

When they are negative, it’s most often because reviewers are worked up about flaws in communication and punctuality at the doctor’s office, she said. “People generally like their doctors; it’s the wrap arounds happening outside the exam room where the patients are most likely to be unhappy.”

And that’s precisely why review sites can be so valuable to physicians. This may be the only way that kind of patient dissatisfaction ever reaches a busy doctor who is focused on patient care, Laux noted. “Often times the provider doesn’t know it’s taking a long time for nurses to call patient back, or that their practice is running behind every single day, or biling has gotten screwed up last three times.”

And it seems that physicians are becoming increasingly open to engaging with review data, although Laux said it’s been a slow process. Angie’s List, for one, provides physicians who are rated on the site with free access to a portal where they can go to take control of and update their profiles.

“In the very beginning, the resistance was with association groups (as opposed to individual physicians) who were afraid that physicians would be negatively reviewed by people who were, for example, trying to get prescription pills that they didn’t have a medical need for,” said Cheryl Reed, the director of communications at Angie’s List. But that didn’t happen, which Reed credits partly to the fact that Angie’s List doesn’t allow anonymous reviews.

Laux also noted that ratings are improving in some customer service areas, like patient wait times. “Another trend that we would expect to see changing is that, when we polled members as to what’s most important when they’re choosing a healthcare provider, cost is still coming in as less important than effectiveness of treatment, experience and education of physician, bedside manner and communication,” she said.

Laux will be sharing more of these insights as part of a focus group at MedCity’s ENGAGE next Thursday. 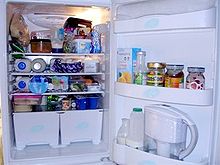 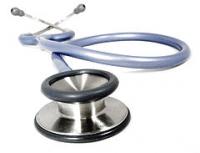 How Could Physician Rating Sites Be Better?

This is an article which I wrote for the Indian Journal of Medical Ethics.