I’m quoted in the current is

I’m quoted in the current issue of Medical Economics, on the subject of the Medicare PQRS: Physician Quality Reporting System. I’m not a big fan of PQRS, since it rewards reporting of process measures, not outcomes, and the amounts at stake (up to a 2% bonus or, soon, penalty) have not been enough to move most docs to bother.

Here are my 5 PQRS tips, as reported in the article:

1. EHRs will help with data collection and processing. “You just have to keep your records properly. It’s a little bit of easy money for collecting information you should be collecting anyway,” Harlow says.

2. The PQRS is a way to keep track of a set of measures that the Medicare program has deemed important. “Personally, I would prefer they would focus on six that would be the most predictive of outcomes,” he says, suggesting that the program could be a little bit more focused so that, after 5 or 10 years, it could be determined what measures are most predictive of good outcomes. “The danger is, physicians could focus on just the things that are being measured and the other things fall off the table.”

3. A greater “bang for the buck” will occur as the private sector jumps on board, he says. Practices could make significantly more money on the private-payer side for reporting these measures. The more people get comfortable with reporting on and meeting these measures now, the easier it will be to incorporate doing so later.

4. “It’s not just about collecting the data, but to focus on [improvement] from one year to the next,” he says. “The focus on tracking [data trends] will enable you to take the next step.”

5. It’s better for providers to be ready for the shift to pay-for-performance sooner rather than later. Being able to show you aren’t just collecting data, but that you also are using those data to improve outcomes from year-to-year, will be increasingly important.

Bottom line: Look to the future, to reimbursement and care systems that leave behind FFS and all its add-ons like PQRS, like the ACO model (Accountable Care Organizations) and other innovations.

The old system, with all of its adjustments and recalibrations, looks more and more like pre-Copernican astronomy, with the outrageous adjustments to a geocentric model that had to be made to explain behavior of a heliocentric solar system. I think we’re all ready for a breath of fresh air. 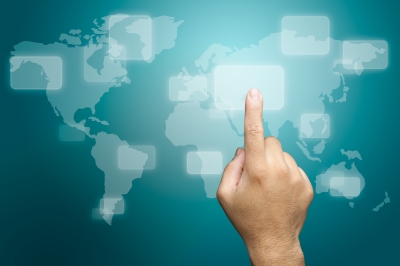 PQRS and the Benefits of Participating in