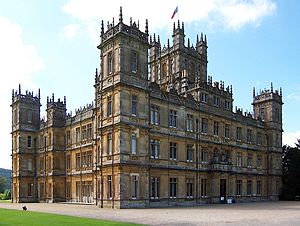 In a recently aired episode of Downton Abbey, Lady Grantham showed that at least some of the estate’s servants seem to enjoy health coverage far more generous than anything envisioned by Obamacare.

In a recently aired episode of Downton Abbey, Lady Grantham showed that at least some of the estate’s servants seem to enjoy health coverage far more generous than anything envisioned by Obamacare.

“It is not confirmed that I am ill, your ladyship,” responds the very-private Mrs. Hughes, who has been tentatively diagnosed with cancer. “I’ve had a test, and I’m waiting for the results.”

Lady Grantham – or, more formally, Lady Cora, the Countess of Grantham ­– dismisses this dilly-dallying and cuts to the chase. (The key minute of dialogue begins a bit more than 25 minutes into the episode.)

I only want to say one thing. That if you are ill, you are welcome here for as long as you want to stay. Lady Sybil will help us to find a suitable nurse. I don’t want you to have any concerns about where you’ll go or who’ll look after you. Because the answer is: here and we will. Let’s put Lady Grantham’s offer into modern terms. What we seem to have here is a comprehensive health and disability policy with no deductible, no copay and no weeks- or months-long waiting time ­­– whose formal name is the grim, “elimination period” – before the disability portion of the benefit kicks in.

Given the average salary for a housekeeping supervisor in today’s United States, even an experienced worker with an employer as generous as Downton Abbey would have a hard time affording that kind of comprehensive coverage. Although, since Mrs. Hughes seems to have no family and no life outside the workplace, she likely has had the chance to put away quite a bit in savings. That is fortunate, since the Crawleys’ compassion cropped up as catastrophic coverage, not as reimbursement for doctor visits or medical tests.

In our country, the insurance exchanges mandated by the Affordable Care Act do not take effect until Jan. 1, 2014. However, Americans with no or inadequate health insurance do have an alternative before then to waiting for an altruistic aristocrat to ante up: they can beg. Or, as USA Today reported using the genteel language 21st-century Americans prefer, they can “crowdsource” their medical bills.

Those without a countess to count on can court the compassion of their fellow citizens by posting their plea on a specially designed web site designed to elicit donations for medical bills. After all, however deep the bond between Mrs. Hughes and Lady Grantham, their in-person interchange was undeniably awkward. By comparison, Matthew Foutz of Phoenix likes the fact that “I don’t have to have the conversation [soliciting money] in person ­– I can put it on the blog on my Human Tribe Project site. It’s easier to type.”

Foutz’s seven-year-old daughter, Mia, was diagnosed with a brain tumor two years ago and, after surgery and months of chemotherapy and radiation, is still undergoing a slow and painful rehabilitation process that is not completely covered by his insurance.

In two years of crowdsourcing, Foutz has collected $11,520, USA Today noted. Careful not to disturb the carefully created “kindness of strangers” story line, the newspaper failed to put that figure into any sort of context. Figure a bit under $6,000 annually to pay part of rehabilitation services that could be expected to include physical therapy, occupational therapy, neuropsychology, cognitive retraining and speech-language pathology services. Not to mention additional medical and/or hospital bills.

Of course, Downton Abbey is a fantasy. But so, too, is relying on donations to substitute for insurance coverage in the event of any sort of severe, long-running medical need. Fortunately, Obamacare ­– the Affordable Care Act – is real. 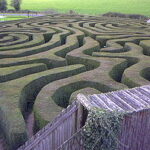 Reduce Hospital Readmission Rates or Else!