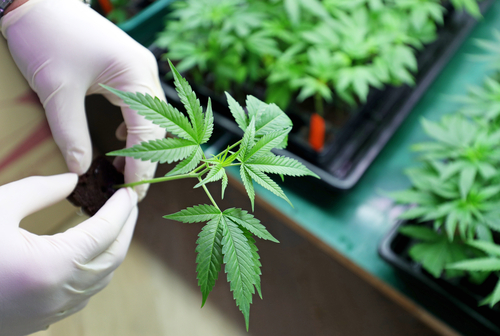 Navigating The Changing Landscape Of The Medical Marijuana Industry

There are a number of major developments in the medical world. One of the biggest changes over the last few years has been the sudden interest in medical marijuana. The real question is what will happen as more parts of the world legalize it.

Cannabis brings potential health benefits that include pain relief and treatment for incurable diseases like dementia. The infinite possibilities have been widely recognized in the medical industry and by certain nations. Government agencies, private companies and non-government organizations are investing in advanced research that might provide answers to several medical puzzles like cancer, HIV and Alzheimer’s. Any confirmed therapeutic effects can be a major breakthrough in medicine and for all mankind. The use of marijuana for medical purposes has gained traction with several countries and consumers across the globe. In the U.S., 33 states and the District of Columbia have legalized medical marijuana. Joining the U.S. in allowing the medical use of cannabis are Australia, Canada, Poland, Germany and 21 other countries. Both Canada and Uruguay have fully legalized the use of marijuana even for recreational purposes. Others have restrictive laws that allow cannabis only for a specific purpose. In the U.S., acceptance of marijuana for both medical and recreational use has been widely spreading. Utah has been the latest American state to legalize marijuana for intractable epilepsy that has not been responsive to three or more treatment options. This month, the Utah Department of Agriculture and Food selected eight licensees out of 81 applicants permitted by the government to grow medicinal cannabis in the state. Around ten U.S. states have allowed the establishment of a marijuana dispensary where everyone can make a quick purchase of medical or recreational cannabis. Also, the House Financial Services Committee has submitted legislation that will allow banks to provide financial services to companies in the legal marijuana businesses. This year, the U.S. is growing its largest crop in five years to provide the pot needed for medical research. The studies are aiming to create a treatment from cannabis plants with high levels of cannabidiol (CBD) and tetrahydrocannabinol (THC). For now, researchers can only get approved marijuana from government sources in the U.S.. Surprisingly, the thriving demand for cannabis and the growing market have created employment opportunities. Today, several American colleges and universities have offered programs dedicated to cannabis. Courses such as ‘Business of Marijuana’, a major in ‘Medicinal Plant Chemistry’ and a law subject in ‘Marijuana Law and Policy’ have been included in several schools. Others are focused on cannabis master classes such as Harvard’s cannabis business and University of Maryland’s ‘Master of Science in Medical Cannabis Science and Therapeutics’. However, cannabis remains illegal in Asian nations due to the social stigma in the use of the plant. But, Thailand, Korea and Japan might be changing the landscape with their different approvals. The Asian medicinal cannabis market is expected to pull in $5.8 billion by 2024. In February 2019, Thailand became the first Asian country to fully legalize marijuana for health-care applications and recreation. In the same month, it opened its first legal marijuana greenhouse. In March 2019, South Korea implemented its policy on the use of medical marijuana with studies aimed at providing alternative treatments for patients with severe conditions. Meanwhile, Japan has greenlighted research for Epidiolex, a cannabis compound that is used to treat epilepsy. Neighboring countries are expected to follow suit, especially with the softening tone and attitude towards marijuana. In June, the Malaysian health minister expressed decriminalization of the plant, citing that the war on drugs has been unsuccessful in the country for four decades. Similarly, Singapore and China are expanding studies to include cannabis as one of the alternative treatment options. For years, China has been a giant production hub of medicinal cannabis, growing almost half of the world’s supply.

The changing attitudes toward marijuana, laws supporting its medical use and the growing public acceptance of the plant will lead to advancements in medical research. Ultimately, the world will be united with one driving force, the search for new and effective treatment options.