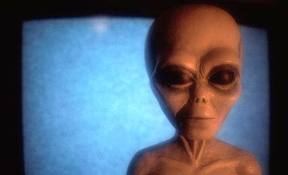 What if I told you that in the not-too-distant future, scientists could make antibodies that are 100 times more effective than the ones nature provides, or that they could create “synthetic bacteria”that would churn out biofuels, or clean up  toxic dumps and other ecological disasters, or make synthetic cancer-fighting biological drugs, at a rate that would put to shame the most productive  “natural” organism? Science fiction, you might aver. You would have been right until a couple of years ago.

What if I told you that in the not-too-distant future, scientists could make antibodies that are 100 times more effective than the ones nature provides, or that they could create “synthetic bacteria”that would churn out biofuels, or clean up  toxic dumps and other ecological disasters, or make synthetic cancer-fighting biological drugs, at a rate that would put to shame the most productive  “natural” organism? Science fiction, you might aver. You would have been right until a couple of years ago. But since then, the “fiction” has been rapidly removed from “science fiction”.

alien; not so fictional anymore

Remember the sci-fi movies about aliens who have a totally different physiology, making them invulnerable to diseases that afflict us earth-bound humans? Or endowing them with prodigious strength and endless longevity? I used to watch these movies with a smirk pasted on my face. Well, no more. We are on the verge of creating a whole new synthetic biology.

In the latest American Chemical Society (ACS) meeting, two research groups working independently of each other, reported they they created a new letters for the genetic code, in addition to the four nucleotides, AGCT, which all living organisms are endowed with. As reported in Science, “groups led by Ichiro Hirao of the RIKEN Yokohama Institute in Japan and Floyd Romesberg of the Scripps Research Institute in San Diego, California, reported the synthesis of new nucleotides that can be incorporated into DNA and copied with sufficient fidelity to work well in living organisms. Hirao and colleagues reported that their novel DNA was copied with as high as 99.97% fidelity. One limitation was that their new letters always had to be flanked by particular sequences of natural DNA to ensure high copying quality. Romesberg’s team, meanwhile, got 99.9% fidelity with its system and showed that its novel letters could be incorporated anywhere in natural DNA strands without affecting the copying fidelity”. A third group, centered at the Medical Research Council laboratory of molecular biology in cambridge, U.K., reported on a different set of letters to make a new genetic code. To put the difficulty of this task in perspective, a mere 99.8% fidelity is not good enough, because anything less than 99.9% will result in accumulation of errors to render it useless.

There are still technical difficulties in accomplishing the holy grail of a cell spinning out new proteins based on unnatural, synthetic DNA. But with at least three groups racing to reach the goal, there is little question that before long this will be accomplished.

What can we expect from this “alien” DNA? Here is an example. Levin and his colleagues reported on an intriguing study in Nature.

Interleukin-2 (IL-2) is a cytokine protein that is secreted by macrophages during an inflammatory ressponse. It signals to cells of the immune system, such as T cells and natural killer cells, to regulate their growth, activation and differentiation. For many years investigators have been searching for ways to boost the immune response so it could attack cancer cells more effectively. No wonder that the multifaceted role of IL-2 in regulation of the immune response made it the subject of intense investigation as a potential therapeutic agent to boost immune responses in the treatment of diseases such as cancer. The investigators used protein engineering  to create enhanced versions of IL-2 (called ‘superkines’) that bound more tightly to the IL-2 receptor. This caused a more potent stimulation of T-cell proliferation and antitumour immune responses. The synthetic versions of IL-2 (they created three of these superkines) stimulated a powerful immune response that inhibited the growth of three different human cancers transplanted into mice. Now bear in mind, they used only natural amino acids to create their superkines. Synthetic nucleotides, coding for completely novel amino acids, can potentially accomplish orders of magnitude stronger binding between a protein messenger, such as IL-2, and its receptor. And this can turn the immune response into a powerful anti-cancer drug the like of which we haven’t seen yet.

In the same ACS meeting, Craig Venter, a leading scientist in synthetic biology, gave a talk describing his work:

In a plenary talk titled, “From Reading to Writing the Genetic Code,” Venter described a fundamental shift in his field of genomics, and its promise for producing synthetic life that could help provide 21st century society with new fuels, medicines, food and nutritional products, supplies of clean water and other resources. I am still having a hard time uttering synthetic life nonchalantly.

“Genomics is a rapidly evolving field and my teams have been leading the way from reading the genetic code — deciphering the sequences of genes in microbes, humans, plants and other organisms — to writing code and constructing synthetic cells for a variety of uses. We can now construct fully synthetic bacterial cells that have the potential to more efficiently and economically produce vaccines, pharmaceuticals, biofuels, food and other products.”

This is nothing short of breathtaking. The biological revolution is here and the future it promises is not science fiction -it is real.

Like editors trying to improve a poorly-written book, a team of scientists deleted some