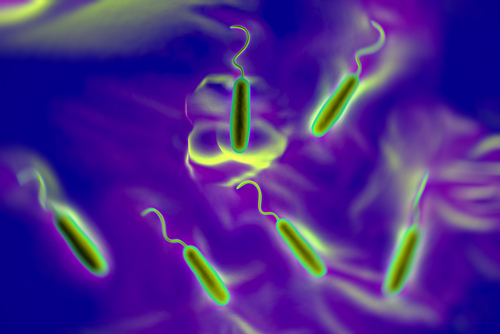 First published on MedCityNews.com. Cholera isn’t something we hear much about in U.S., but the diarrheal illness caused by a viral infection has caused devastating outbreaks in Haiti, Mexico, Nigeria and several other countries within the past few years.

It’s usually easy to treat with rehydration and IV fluid, but the problem is that people in these areas often lack access to even the most basic medical supplies, like clean water and IV bags.

A Bay Area startup called Fosmo Med thinks that forward osmosis technology is the answer to making IV bags longer-lasting, cheaper to ship and more accessible to the people who are in need of them. The company just won first place in the Philips Innovation Fellows Competition, which awards the next big meaningful innovations in health and well-being, for its Maji Intravenous (IV) saline bag.

The bags are shipped or carried on site empty. They’re filled on-site and, using forward osmosis technology, convert even dirty water into a 0.9 percent sterile saline solution without needing electrical power. Philips says that an estimated 16 Maji bags can be shipped for the same cost as one traditional IV saline bag. The company’s AngelList page says that that an NGO has plans to take the product to Haiti for field trials next year.

For winning the Philips competition, Fosmo Med gets $60,000 in prize money and mentoring sessions with Philips leadership.