New Pew Research Highlights the Importance of SEO, the Role of Social Media, and the Slow Public Adoption of Doctor Reviews

According to a study released earlier this week by the Pew Research Center, of the 81 percent of U.S. adults who use the Internet, 72 percent say they have looked online for health information in the past year.  But more importantly, 8 in 10 online health inquiries start on a search engine.

According to a study released earlier this week by the Pew Research Center, of the 81 percent of U.S. adults who use the Internet, 72 percent say they have looked online for health information in the past year.  But more importantly, 8 in 10 online health inquiries start on a search engine.

The report released on Tuesday titled, “Health Online 2013 ,“looked at a number of aspects related to online behavior as it relates to health care.  Some of the topics explored include how people are using the Internet to research health, the increasing trend of “online diagnosers,” the role of social interaction in healthcare, and the adoption of reviews among general consumers.

One of the more impressive numbers from the study stems from the growing trend of “self-diagnosers.”  Of those who have looked online for health information, 59 percent say they have gone online specifically to try to figure out what medical condition they or someone else might have.  Of those questioned 46 percent of online diagnosers said that the condition needed the attention of a doctor, and 53 percent of online diagnosers say they spoke with a medical professional regarding what they found online.

This, along with the statistic that 8 in 10 online health inquiries start on a search engine, create a unique opportunity for medical professionals when it comes to content. Now, knowing that more patients are looking to the Internet before they look to a doctor, doctors should be seizing this opportunity to create helpful content that can help patients to determine whether or not they should be seeking a doctor for their condition or concern in the first place. Well- optimized content can not only help a potential patient make better decisions about his or her health, but also drive prospective patients to your practice in the event that they do want to further investigate their findings.

While many feel that online diagnoses and research is dominated by specialty sites, such as WebMD and the like, it’s important to note that only 13 percent of online health seekers start their search on this type of website.

While past Pew studies explored usage of specific social networks when it came to health care, this study focused on how patients were using social interaction as a means of researching their health. Interestingly enough, of the 72 percent of Internet users who said they looked online for health information within the past year, a mere 1 percent actually said they started at a social network site like Facebook.

But while the search may not start with social networks, the study uncovered that more and more people are looking to connect with people dealing with similar health matters online.  One in four Internet users have read or watched someone else’s experience about health or medical issues in the last 12 months, and 16 percent of Internet users have gone online to find others who may have shared the same health concerns in the last year.

Eight percent of Internet users say they have, in the past 12 months, posted a health-related question online or shared their own personal health experience online in some way.  Of those:

In addition, 78 percent of those who posted a comment, story, or question about their health say that they did so to reach a general audience of friends or other Internet users. Eleven percent say they posted somewhere specifically to get feedback from a health professional. Four percent replied that they posted for both a general and a professional audience and 5 percent said neither of those choices fit.

This growing trend of social need and the desire to be a part of a community of supporters also opens a door of opportunity.  As more patients look for a sense of community, doctors and hospitals can be at the forefront of community creation and provide a means for connecting patients both in their practice and on their websites.

Some examples that quickly come to mind are the DREAMERS Support Group started by Houston breast reconstruction surgeon Dr. Aldona J. Spiegel, which was designed to provide information and support to breast cancer patients who desire restoration, in order to enhance their physical and mental vitality and allow them to live a fulfilling life after surgery.  Another example is the vaginismus forum run by Dr. Peter Pacik to help patients suffering from vaginismus.  The form is used for education and support for patients suffering from this unfortunate condition.

The Slow Adoption of Doctor Reviews

Just days before the Pew study was released, the Journal of Urology released a study that suggested patients should be wary of online doctor reviews.  Dr. Bryan Vartabedian, of the Texas Children’s Hospital, spoke on the topic during “CBS This Morning.” His discussion echoed the study’s concerns stating that the polarity of positive and negative reviews combined with the low volume of doctor reviews make review sites less-than-reliable or constructive when it comes to making a decision about a health provider.

The findings from the Pew study shine some light on the topic, and perhaps the biggest issue with doctor reviews is the low adoption rate from general consumers.  When it comes to writing reviews of general interest items, 37 percent of Internet users say they have rated a product, service, or person online, and 32 percent have posted a comment or review online about a product they bought or service they received. In contrast, three to four percent of Internet users have posted a review of a treatment, hospital, or clinician.  If those numbers weren’t shocking enough, the growth from 2010 to 2012 is almost at a standstill.

This trend shows that the struggle for patient reviews isn’t being felt just at the individual practice level, but in the health industry as a whole.  As more doctors push for patient reviews to help with their online reputation, local rankings, and the like, fewer patients are taking notice or even getting involved.

It’s a difficult place to be in, and I believe much of what we are facing is a result of the reputation management industry and the continued desire for health issues to remain private.

As a whole, review spam along with less-than-constructive patient reviews has left the review reading process less than desirable.  To correct this I think doctors, and reputation management professionals alike need to educate patients on how to effectively post reviews.  It’s not about posting things such as, “Dr. X is the best in the world I always love going to see him!”  It’s about patients sharing why Dr. X is the right choice, how the doctor has made a difference in their health, and what made their experience with the doctor valuable enough to review.  The sooner the medical community embraces this mentality, I believe the sooner patients will begin to trust and pay attention to online reviews.

Unfortunately, while I believe consumers seek more transparency from the healthcare industry, patients will continue to be very private about their health matters, and in many instances, such as in the cosmetic surgery field, be less inclined to talk about or rate their experience with a doctor or medical facility. I believe this to be especially true in cases where they are forced to use their full name or likeness.

Other interesting statistics to note:

What are your thoughts on this recent study? Are you surprised by any of the findings?

The post New Pew Research Highlights the Importance of SEO, the Role of Social Media, and the Slow Public Adoption of Doctor Reviews appeared first on Plastic Surgery Studios Blog. 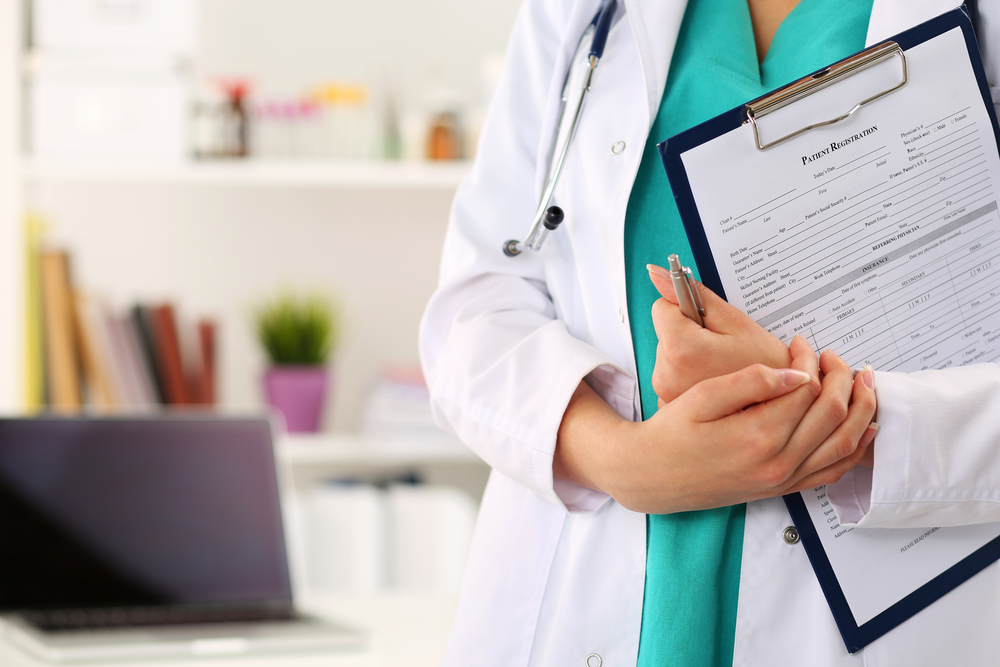 5 Things You Need To Know About

In the last couple of years, telehealth has become a growing trend globally, especially