In an undated press release from Sharp Health in San Diego an optimistic opinion was given for Obamacare. Several caveats however remain.

In an undated press release from Sharp Health in San Diego an optimistic opinion was given for Obamacare. Several caveats however remain.

Covered California™ announced 13 diverse health insurance plans in 2014 that will offer affordable, quality health care coverage to millions of Californians. The plans reflect a mix of large non- profit and commercial plan leaders, along with well-known Medi-Cal and regional plans.

The rates submitted to Covered California for the 2014 individual market ranged from two percent above to 29 percent below the 2013 average premium for small employer plans in California’s most populous regions. This is impressive since the 2014 products include doctor visits, prescriptions, hospital stays and more essential benefits; protecting consumers from the “gimmicks and gotchas” of many insurance policies. “This is a home run for consumers in every region of California,” said Peter V. Lee, Executive Director of Covered California. “Our active negotiating will not only benefit potential enrollees to Covered California, but will benefit all Californians by making health care affordable.” (No doubt that some of the rhetoric is self-serving for Covered California.)

Once plan rates are approved by state regulators, Covered California looks forward to signing final contracts and beginning the work of enrolling millions of Californians in the following health plans:

“Covered California plans include the largest current health insurers in the individual market, as well as new entrants, regional plans and local Medi-Cal plans that want to be part of making history,” Lee said. On average, there will be five plans from which to choose. Even in rural areas where choice has been historically sparse, there will be two or three health plans. Throughout the state consumers will have a choice of Health Maintenance Organizations (HMOs), Preferred Provider Organizations (PPOs) and Exclusive Provider Organizations (EPOs). To get prices at such competitive points, winning health plans built their bids around the expectation of high enrollment, not high profit. Plans reduced profit margins down to two and three percent; embraced Affordable Care Act programs such as Accountable Care Organizations and Patient-Centered Medical Homes, that seek to improve care while lowering costs; found common ground with doctors, medical groups and hospitals on lower reimbursement rates to make care affordable.

(Note that many items such as Accountable Care Organizations, and Patient-Centered Medical Homes are still in development, untested, and not yet operational. which all sounds like a replay of the failed rollout of Healthcare.gov. )

Virtually every health plan designed a custom network for Covered California. Negotiations included a detailed review of each plan’s rates, their mix of hospitals, physicians and other providers, and their contingency plans for expanding networks in the event more consumers sign up than expected. The current list of insurers is for individual policies only.

Covered California will announce its options for small businesses to buy health insurance in June. Providers who will be approved for Covered California will be required to agree to new contracts and new reimbursement rates. The real final participants will be told when the signed contracts are ratified. Until then, all predictions are just that. I have heard from sources that the rates, even for conventional coverage under Covered California will be unique and include a sizable decrease to providers. No mention has been made about Medi-caid rates increasing….and frequently that is not known until the first payments are received by providers.”

On the provider side….looking in on Covered California and whether to participate, most providers remain very cautious, and some have a wait and see attitude delaying a decision for at least one year. In the current environment of lean reimbursements, and profit margins, there are few providers willing to risk their ‘livlihoods’ and solvency on unproven programs, rift with political promises and goals.

Few providers can expand their patient base without increasing overhead or numbers of providers. Most providers are already near capacity to see patients, and will not feel the need to see this new group of patients.

The exact method of reimbursement, if it changes from fee for service to another model is unknown, and mechanisms are still not yet in place for that to occur, either.

In summary it seems foolish for any segment of health to promise success when each has its own issues and challenges that are intertwined while heading to an ‘unknown destination’. 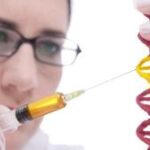 Is Genetic Therapy the Future for Treating Leukemia and Other Blood Disorders?