Transparency in HealthCare: Sunshine is the Best Disinfectant

The Health Care Cost Institute issued a new report outlining the unique opportunity we have for improving care through transparency of information.

Lost within the morass of what has become our nation’s great debate on how to improve health care is the lost treasure trove of data which has existed but is unavailable. The data is the price that hospitals charge insurers, which services private insured patient use more frequently and what motivates true changes in healthcare consumption. Up until recently, this information was confidential and many analysts only had a limited scope of data with which to work.  But, last week everything changed.

The non-partisan, non-profit organization, Health Care Cost Institute, has a partnered with insurance giants including Aetna, Humana and UnitedHealthcare –– companies that represent nearly 20 percent of all insured Americans –– to dig through their data.  To safeguard against privacy, the information use by the Institute was cleaned of any personal or identifying information and the institute has shed light on some interesting trends occurring in our health care system today.

The most eyebrow-raising trend discovered in this data was that health care spending, though still increasing, is rising at a rate much slower than in previous years. The reason?  It appears that people are now using less health care. According to the Institute’s findings, patients with employee-sponsored insurance had a 3.3 percent  drop in hospital admissions and a 3.1 percent  drop in outpatient visits from 2009 to 2010. As a result, patients are now spending at a significantly slower rate than they have in the past for the same services.

Researchers believe the change is due to two factors — the economy and a rising price of care. First, as we all know, the economic downturn has affected everyone’s wallet or pocketbook. Americans are spending less money on everything due to shrinking paychecks and job prospects. Some researchers see this downturn as the reason why patients are not seeking medical care. Secondly, the rising cost of health care is also a contributing factor. The Institute report found that the average out-of-pocket payment for a hospital admission went up by more than 10% to $700, while the cost of an outpatient visit also rose 10 percent to $162. Furthermore, patients paid roughly 16.2 percent of their total health care spending out-of-pocket in 2010 compared to 15.6 percent in 2009. So, is it the struggling economy or rising cost of care that has led to a decrease in health care utilization? The answer is both. With more Americans making less money, our nation’s citizens also have fewer resources to spend on health –– even though it’s vital.  What is less well understood at this point is the disparities that will evolve over time among various economic groups if the trend continues.

What is important though is that this new information illustrates not only some general trends but also appears to be the tip of an iceberg. The analysts at the Institute note that by increasing the transparency of our medical system, we will no doubt have even more ability to identify potential improvements and ways we can deliver more efficient care through an analysis of the data base. Kudos go to Aetna, Humana and UnitedHealthCare for releasing their data. I’ve heard that Kaiser is close to joining their colleagues and we should expect that the pressure is now on the industry to follow suit.

A wise man, Justice Louis Brandeis, U.S. Supreme Court, once said, “sunlight is said to be the best of disinfectants …” With more available data we can shed light on where health care in America can be improved. The greater challenge will now be to put this data into actionable objectives. The transparency of insurer data bases provides us with yet another lever to create knowledge so that needed change can be supported in healthcare.  We should not waste this opportunity. Let’s get to work … 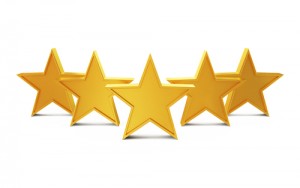 There’s a New Consumer in your service area. No longer “merely a patient,” healthcare 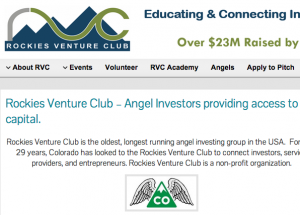 Summary: There’s an active health startup ecosystem in the Denver area, where investors are

Price Transparency: The Devil is in the