Obamacare “Is a Hacker’s Dream” 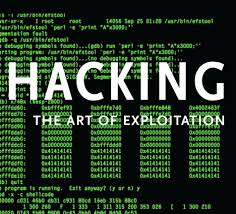 On Fox Business Network’s “Cavuto” on Wednesday, computer programmer and founder of McAfee, Inc. John McAfee said the online component of Obamacare “is a hacker’s dream” that will cause “the loss of income for the millions of Americans who are going to lose their identities.” For starters, McAfee said the way it is set up makes it possible for fake websites be set up to fool people to think they’re signing up for Obamacare.

“It’s seriously bad,” McAfee said. “Somebody made a grave error, not in designing the program but in simply implementing the web aspect of it. I mean, for example, anybody can put up a web page and claim to be a broker for this system. There is no central place where I can go and say, ‘OK, here are all the legitimate brokers, the examiners for all of the states and pick and choose one.’” “Instead, any hacker can put a website up, make it look extremely competitive, and because of the nature of the system — and this is health care, after all — they can ask you the most intimate questions, and you’re freely going to answer them,” he continued. “What’s my Social Security number? My birth date? What are my health issues?”

According to McAfee, there’s not a quick fix — and as long as it set up this way, it could be a playground for computer hackers. “Here’s the problem: It’s not something software can solve,” McAfee continued. “I mean, what idiot put this system out there and did not create a central depository? There should be one website, run by the government, you go to that website and then you can click on all of the agencies. This is insane. So, I will predict that the loss of income for the millions of Americans who are going to lose their identities — I mean, you can imagine some retired lady in Utah, who has $75,000 dollars in the bank, saving her whole life, having it wiped out in one day because she signed up for Obamacare. And believe me, this is going to happen millions of times. This is a hacker’s dream. I mean I cannot believe that they did this.”