2015 has been an extraordinary year for the Pharmacy Industry complete with reimbursement changes, regulatory changes, new drug approvals, and even political changes.  At the beginning of the year, we thought that it was worthwhile to take a look at 5 Pharmacy Trends and events that are still going to be very relevant as we begin 2016.

2015 has been an extraordinary year for the Pharmacy Industry complete with reimbursement changes, regulatory changes, new drug approvals, and even political changes.  At the beginning of the year, we thought that it was worthwhile to take a look at 5 Pharmacy Trends and events that are still going to be very relevant as we begin 2016. As such, we turned to our favorite pharmacy industry resource, Pharmacy Practice News, to gather intelligence on the latest in pharmacy industry trends and events:

The University of North Carolina Internal Medicine Clinic reduced its 30-day re-admissions by approximately 65 percent by implementing a care-based follow-up program.  This was an important study which conclusively showed how clinical pharmacists prove invaluable partners in reducing hospital utilization and cost.

Key components of the program included real-time care management, improved access to care and content standardization in a multidisciplinary visit, according to a study on the intervention published in the Journal of General Internal Medicine.

The focus of the clinical pharmacist practitioner entailed working with the patient to achieve medication adherence goals. The physician performed a physical exam, diagnosed new problems, addressed goals of care and assisted with patient education, according to the study.

To refine the model for improvement, a patient intake questionnaire and note template were developed, which reinforced need for reminder phone calls. The researchers developed charts to measure the program’s progress, including quantity of hospital discharges, time to follow-up in the clinic and number of completed hospital follow-up visits.

Study investigators reported that “9% and 19% of patients who participated in the initiative were readmitted to the hospital with 30 and 90 days of discharge respectively.  In contrast, 26% and 44% of 52 similar patients who were monitored during the same period but did not participate in the initiative were hospitalized within 30 and 90 days of discharge, respectively.”

Beginning in Jan. 2015 the FDA Oncologic Drugs Advisory Committee unanimously recommended the approval of the first U.S. biosimilar, filgrastim, for all five indications sought by the company.

This was the first U.S. biosimilar to be considered, and in March 2015 approved, under the FDA’s new biosimilar approval pathway.  The recommendation, and eventual approval was based in part on a pharmacokinetic and pharmacodynamics study in healthy volunteers, which established bioequivalence and a clinical efficacy and safety study in breast cancer patients, which demonstrated the same clinical performance and safety as the reference product.

Committee members said they were impressed that the filgrstim biosimilar had generated nearly 7.5 million patient-exposure days of experience outside the United States, where the drug is marketed under the name Zarzio.

According the Pharmacy Practice News, Deborah K. Armstrong, MD, ODAC chairperson called the data “more detailed analytic analysis than we are used to seeing at the ODAC.”  Post approval in March, Sandoz will be marketing the biosimilar as Zarxio (filgrastim-sndz).  For 2016 organizations can expect to see additional biosimilars progress through the new approval pathway, with an increased emphasis on detailed analytic analysis.

As souring prices of certain widely prescribed generic drugs continued to challenge both community and hospital outpatient pharmacies, the Department of Health and Human Services Office of Inspector General (OIG) launched an investigation into the impact of the increases on the Medicare rebate program.

In November Congress announced that it will require generic drug makers under the Medicaid Drug Rebate Program to pay higher rebates if generic prices rise too quickly.

The new penalty for the price increases is included in the bipartisan, two-year budget and debt deal that President Barack Obama signed into law on Nov. 2nd.  Examination of this issue will take place immediately and tracking mechanisms are being put into place.  Organizations should be monitoring this Pharmacy Industry Trend for regulatory and legislative movement, as well as potential penalties for 2016.

21st Century Cures Act – Healthcare Cures, But at What Cost?

In July 2015, the House passed the 21st Century Cures Act, a sweeping piece of legislation aimed at modernizing the American health care research infrastructure.  As part of the bill, annual funding for the stagnating National Institutes of Health budget would see major increases to offset the effect of sequester and other cuts.  The bill also includes a separate allocation of $1.86 Billion a year for five years to create an NIH Innovation Fund to support research for rare, lethal conditions that are in dire need of better and more innovative treatments.

The NIH funding boost was met with nearly universal praise by researchers and clinicians.  Other components of the bill, however triggered widespread ire – none more so than a rule aimed at streamlining the new drug and device approval process.  To accomplish that goal, the bill would allow the FDA to consider nontraditional study designs and analysis that could include clinician, patient, and parent experience as well as secondary end points and biomarkers when approving new products.  Additionally the bill would relax the FDA’s oversight when manufacturers alter the design of an approved device.

As written in the original article in Pharmacy Practice News “I’ve not seen anything like it,” said Thomas J. Moore, a senior scientist of drug safety and policy at ISMP. “Buried in this legislative tome are numerous new loopholes that would allow pharmaceutical companies to avoid the pivotal legal requirement for robust scientific evidence that that each new drug has, in fact, a clinical benefit.”  While the bill is still in review with the Senate, this will be an important piece of legislation for the Pharmacy Industry to track in 2016.

340B Hospitals Imperiled by Federal Ruling

“A federal court ruling on the 340B Drug Pricing Program may jeopardize education and wellness services – especially those provided in rural and other underserved communities across the country” according to an article by Pharmacy Practice News.  The ruling by U.S. District Court Judge Rudolph Contreas, excluded all orphan drugs regardless of their use from the 340B pricing program.

According to the article “This is a major setback for rural hospitals [that] are already struggling to keep their doors open” stated Ted Slafsky, the president and CEO of 340B Health, an organization that represents 340B participants.

“This ruling could likely lead to reduced access to drugs and biologics for rural, cancer, critical-access and dole community hospitals,” added the ASHP’s Christopher Topoleski.  “Without 340B drug discounts, thee facilities will need to make tough decisions about what types of services they are able to perform.”

John Tremble, CFO of St. Croix Regional Medical Center (SCRMC) in St. Croix Falls, Wis., noted how drastic an impact the new ruling could have on the local level. “The non-covered portion of this increased drug cost will reduce fiscal 2016’s operating margin by 30% for SCRMC,” Mr. Tremble said, with the financial hit approaching $350,000 annually, he noted.

With such a swift and decisive decision, and the potentially large financial and economic impact on rural healthcare systems, consumer care, and reimbursement, this will be a pharmacy trend to stay on top of for 2016. 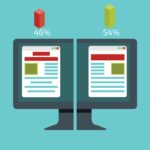