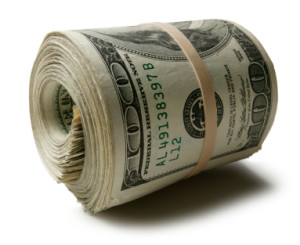 Physician Compensation 101: How Doctors Get Paid The U.S. Healthcare System is moving toward unifying physician compensation methods, but we’re not there yet.

The U.S. Healthcare System is moving toward unifying physician compensation methods, but we’re not there yet. If you’ve ever tried to understand all the various methods by which doctors are paid in the U.S. and found yourself completely and utterly baffled, you’re not alone. Here’s a handy guide to help you understand the various methods by which physicians can be paid.

You’re probably most familiar with this model, which has long been the standard for physician compensation in the U.S. It’s the easiest to understand which might be why it’s persisted for so long even though it is arguably inefficient. In this model of payment, the amount of money a physician gets is based on how many services they provide- and the rate is negotiated between the physician and the insurer- no input from the patient whatsoever. This seems counterintuitive to most, since the true consumer of the service is the patient who receives treatment. But in this over simplified method, the insurance company instead treats the physician, ultimately, as the consumer. It is a standard business relationship; the insurer agrees to pay the physician based on how many services they provide. This might be based upon for example, how many prescriptions they write or how many services/treatments they order. The problem being, and where it becomes more complicated, is that these services might be more or less useless to the patient- but it matters not because the physician gets paid anyway. This model is under fire currently because it is seen as primarily wasteful and irresponsible. Moving away from fee-for-service payment models seems to be the natural evolution of a sick and suffering healthcare system, but just how long that evolution will take remains unknown.

The basic idea behind an RVU is fee-for-service that takes into account how much time a physician had to spend with a patient, or on their case. It assumes that, the more time spent, the more difficult the case must have been, and the more difficult the case, the more money the physician should earn. This may be part of the reason why specialists tend to top the list when it comes to physician salaries, while general practitioners and family medicine doctors (who may see more run-of-the-mill cases) earn hundreds of thousands dollars less annually.

RVUs are, perhaps, a step up from fee-for-service because at least consideration is given to the amount of effort and time a doctor puts in to make a complicated diagnosis or treatment plan for a complex patient; and with our aging population, patients with complex comorbidities are slowly becoming the norm. The main issue with RVUs at this point in time is that the contracts that are negotiated by the physician and the payer are not standardized and it can be difficult for physicians to navigate them.

Bundled payments, lumps together hospital costs with individual physician expenses for a single patient. While this option for payment is referred to as a “newer” model of payment, in fact, it’s been around for twenty plus years, it just hasn’t been widely utilized. The trouble with bundled payments is that, at times, it can work against providers by incentivizing them to withhold procedures. Each case must be looked at individually, but they generally can all fall under one of four categories:

Bundled payments, like RVUs, are a step toward value-based care, but they ultimately lack the specificity of true pay-for-performance models.

Sort of the antithesis of fee-for-service models, P4P models pay physicians based on how well they do their job, not simply whether or not they are doing it. While P4P models are appealing to a lot of organizations, they are usually executed poorly; ultimately, physicians may feel cheated. Ultimately, in a P4P based system of payment, physicians that routinely achieve positive outcomes (are deemed “high achievers”) will do very well. Conversely, those who generally function at a lower tier will avoid models where the amount of money they earn will be directly proportional to how hard they work. These “underachieving” physicians tend to seek out other payment systems where they are at least guaranteed some base payment. Some physicians argue that it’s impossible to be a high achieving physician in today’s day and age, because of the demands of technology, sicker and older patients, and the consequences of ongoing healthcare reform. Others like the idea, but again, just haven’t been exposed to P4P models that are effective.