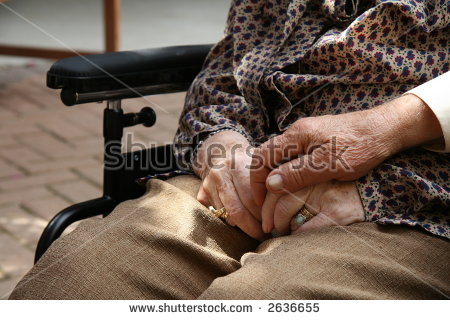 Jack Lew is lucky he isn’t in prison. Were he representing a private pension fund and if he made the sort of statements he made in USA Today the other day, he might well be sharing a cell with Bernie Madoff. So who is Jack Lew? And what did he say? Lew is the Director of the federal Office of Management and Budget. About Social Security, he wrote: “Taxes are placed in a trust fund dedicated to paying benefits owed to current and future beneficiaries. When more taxes are collected than are needed to pay benefits, funds are converted to Treasury bonds — backed with the full faith and credit of the U.S. government.” As a result of these investments, the Social Security trust fund will be able “to pay full benefits for the next 26 years.” Not only is this preposterous, Charles Krauthammer called it a “breathtaking fraud.” Before dissecting Lew’s transgressions, let’s consider why Bernie Madoff is in the hoosegow. Madoff told investors he was investing their funds in real assets, when in fact he was not. He secretly used their funds for personal consumption and to pay off other investors. Either figuratively or imaginatively, Madoff wrote IOUs to himself, all backed by the full faith and credit of Bernie Madoff. Maybe in the beginning he fully intended to pay off. But that’s beside the point. Inducing people to give you money with this sort of lie is criminal fraud. It’s against the law. What I have to say about the Social Security trust fund also applies to the disability fund, the Medicare trust funds, the highway fund, the unemployment insurance fund and almost every other federal government trust fund. None of them are real trust funds. And that, by the way, is not fraud. The fraud part is telling people you have a real trust fund, when you don’t. Like most government-sponsored retirement programs in the world today, our Social Security system is pay-as-you-go. All payroll tax revenues are spent — the very minute, the very hour, the very day they are received by the U.S. Treasury. Most of these revenues are spent on benefits for current retirees. Any additional amount is spent in other ways. But there is no funding of future benefits. No money is being stashed away in bank vaults. No investments are made in real assets. Most pay-as-you-go systems do not have trust funds, since there are no investments for the trust funds to make. In the U.S., we have trust funds — but they serve an accounting function, not a financial function. For example, the trust funds do not collect taxes. Nor do they disburse benefits. Every payroll tax check sent to Washington is written to the U.S. Treasury. Every Social Security benefit check is written on the U.S. Treasury. The trust funds do not buy bonds. That’s because they do not buy anything. But they do create special pieces of paper which are misnamed “government bonds.” They are misnamed because — unlike other bonds — these bonds were never bought or sold. They are literally IOUs the government writes to itself. For Social Security, they are created on a typewriter. For Medicare, they are created electronically. Technically, the trust fund bonds represent the cumulative surplus (payroll tax collections minus benefit payments). But these bonds are only important for accounting purposes. They are like bookkeeping entries, without any market value. The annual reports of the Social Security trustees list the yields and maturity dates of these bonds. But the special-issue bonds are not the same as the bonds held by the public. They are not part of the official outstanding debt of the U.S. government. They cannot be sold on Wall Street or to any foreign investors. And they cannot be used to pay benefits. The technical issuer of the bonds (the U.S. Treasury) and the holder of the bonds (the Social Security trust fund) are both agencies of the U.S. government. Moreover every asset of the trust fund is a liability of the Treasury. Summing over both government agencies, the balance is zero. [See the diagram.] For Social Security, the trust fund’s special issue bonds are paper certificates held in government filing cabinets in Parkersburg, W.Va. If a fire were to burn down the building tomorrow, or if thieves were to take the filing cabinets away, there would be no harmful consequences for retirees. Similarly, if the trust funds themselves were simply abolished, real economic activity would be unaffected. The government would not be relieved of any of its existing obligations or commitments. Alternatively — as the late economist Robert Eisner suggested — with the stroke of a pen, we could double or even triple the number of IOUs the trust fund holds. Either event would allow us to dispense with artificial crises (the “trust fund is running out of money!!”) and address the real problem: How is the Treasury going to pay the government’s bills? Since Social Security’s inception, the program’s managers have tried to convince the public that it is a funded system. Statements like Jack Lew’s are routinely made by the Social Security Administration itself. If these statements were made by a private company, they would constitute fraud and violate all manner of federal financial regulations. When Social Security runs a cash flow deficit, as it is doing today, it is paying out more in benefits than it is in collecting taxes. In the face of this deficit, the government only has three options: Raise taxes, cut benefits or borrow. These are the same choices the government would face if there were no trust fund at all.

The Right Time to Find a New

Doctors are responsible for keeping us healthy, and we should be working with