The prevalence of addictions has risen sharply in recent years. According to the CDC, 2.5% of people over the age of 12 have illegally used drugs in the past month. Epidemiologists estimate that there are over 669,000  opiate addicts in the United States alone. The number of people addicted to legal substances such as alcohol is much higher.

The prevalence of addictions has risen sharply in recent years. According to the CDC, 2.5% of people over the age of 12 have illegally used drugs in the past month. Epidemiologists estimate that there are over 669,000  opiate addicts in the United States alone. The number of people addicted to legal substances such as alcohol is much higher.

Since addictions are more common than ever before, medical professionals are looking for new ways to help treat their patients. Many doctors are trying to treat addictions with the use suboxane. However, others prefer to treat patients without this medication, because they fear that it could make addictions worse. There are some worrying statistics showing that patients are addicted to suboxane after using it for treatment. Some of them are also still addicted to the opiates they were using.

Hospitals View on the Use of Suboxane

The use of suboxane is a very controversial topic, because the risks and benefits of it are far from clear. Some doctors argue that suboxane is a very effective drug for treating opiate addictions. It works by blocking opiates, thereby reducing the “high” that addicts feel when they take them.

However, other doctors have raised concerns about the use of the medication.  Dr. Steven R. Scanlan, a renowned psychiatrist that specializes in addiction treatment, said that there are a number of issues that people need to be aware of:

Scanlan feels that suboxone can be a very effective treatment in the short-term, but the long-term risks of developing a new addiction are high since so many patients are not tapered off the medication quickly enough.

Scanlan said that most doctors that prescribe suboxone have no formal training in addiction treatment. They charge $200 or more per 15 minute appointment, so they are often tempted to overbook and don’t give their patients the attention they need. As a result, most patients receiving suboxone are at a high risk of misusing it.

Patients Need to be Aware of Alternate Treatments

Patients need to be aware of alternate treatments for addictions. They should also consider looking in addiction treatment settings that focus on tapering medications and cognitive behavioral therapy.

It is important to remember that suboxone is sold by large drug companies that are motivated by profit. They stand to make more money from patients using suboxone longer than intended, even if it isn’t in their best interest. The market for opiate dependency medications is currently estimated to be worth $1.7 billion.

These settings are more appropriate for many patients suffering from addiction, because they have the belief that all medicine is poison and don’t want to risk their patients developing new addictions.

Other addiction treatment experts such as Scanlan feel that suboxone can be a great way to get treatment. However, they warn that it should only be administered under the supervision of a trained addiction specialist. Since most family practitioners have no training in this field, they are not competent to oversee suboxone therapy on their own. 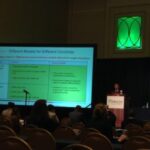 Reverse Innovation: What We Can Learn From Global M-Health