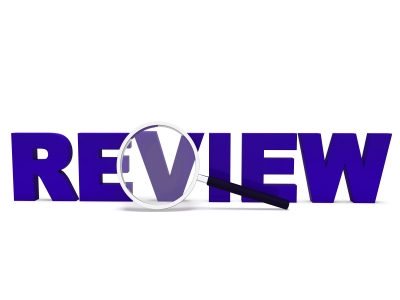 The 99th Annual Meeting of the Radiological Society of North America in Chicago was a resounding success.

The 99th Annual Meeting of the Radiological Society of North America in Chicago was a resounding success.

For starters, in keeping with 2013’s theme of “Power in Partnership,” a distinct international presence made this year a standout among previous ones.  The RSNA reported that an estimated 9,551 attendees hailed from foreign lands.  If nothing else, their presence at the meeting signifies cooperation on a global scale, exactly what the meeting was aiming to achieve. Speakers from France, the Netherlands, and China all provided input.  The RSNA contributed in welcoming its international supporters by expanding its Global Connection booth to include sessions in Japanese, French, Spanish, Chinese, and Russian.

Cloud-based technology and solutions made a comeback this year after stalling somewhat at last year’s meeting.  2012’s dearth of cloud talk may have been the result of an anticlimactic year when compared to the previous year’s enthusiasm.  However, in 2013, cloud talk was and is everywhere, and the Radiological Society of North America event was no exception.

One major advantage of cloud-based data storage has to do with centralizing the location of patient records, particularly if the patient has had procedures done in multiple locations.  Giving doctors the ability to check similar images taken from a patient at other facilities greatly reduces the potential for unnecessary exams.  It seems almost everyone had a cloud-based upgrade to roll out.  The one issue discussed along with this was security.

Sony, the leader in ultrasound, unleashed a new version of the UP-D897, the smallest digital ultrasound printer in the world.  This follows the ubiquitous trend in technology to reduce the size while increasing power.  For example, Samsung has put its TFT technology – the same imaging technology it uses in its everyday products – to good use in its flat panel detectors, improving image quality while reducing dose.

Ultrasound, by the way, seemed to be on everyone’s mind.  Royal Philips showcased its EPIQ premium ultrasound, a system that utilizes intuitive design, nSight imaging architecture, and advanced system intelligence to deliver optimal clinical performance.  Truly groundbreaking is nSight’s ability to image patients with high body mass indexes, a particular thorn in the side of image professionals. Royal Philips seized the opportunity to show off their new interventional X-ray system, AlluraClarity.  Once again, high quality, low dose is the theme of the hour.

Samsung increased its presence in the digital imaging arena by expanding its line of ultrasound products.  Konica Minolta debuted its first-ever entry in the world of ultrasound:  the hand-held Sonimage P3.  Breast cancer awareness has spurred ultrasound innovators into action as well, as more and more experts are realizing the potential for screening tools like GE Healthcare’s Invenia Automated Breast Ultrasound System, which gives physicians the potential to improve detection by 37 percent over mammography alone.  It happens to be faster too.

However, GE’s big moment was the 510(k) pending Revolution CT, a 256 row/512 slice CT scanner that uses SnapShot Freeze, a feature that can completely image the heart in a single beat.  Siemens proved once again that competition fuels invention as much as necessity by releasing FREEZEit, their body MRI solution designed to grab a complete abdominal scan in two seconds flat, even if the patient is breathing.  The FDA just gave its blessing to FREEZEit in November this year.

RSNA 2013 proved that the leaders in imaging technology are willing to join in ceaseless effort to advance the field toward a positive future.  Healthcare Information Services, L.L.C. is proud to have the Radiological Society of North America bring this talent to our home. 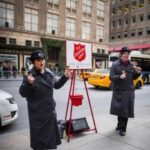 Holiday Charity Ideas: Giving Can Have a Positive Impact on Your Health
Next Article Lessons on Transparency, “Sexy Science” and Compelling Business Cases