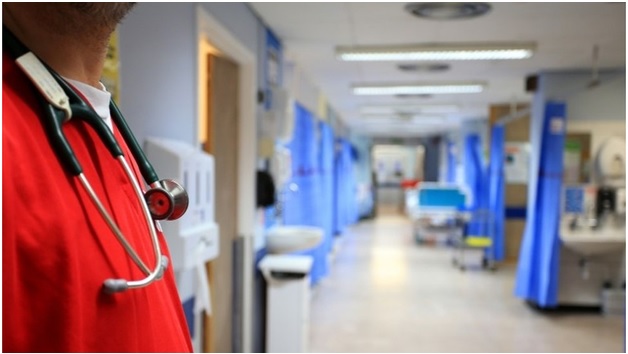 Budget cuts have long been an area of intense concern among the healthcare system of the UK. The NHS has worked diligently with government and community organisations over the last several years to identify where funding can be saved and services can simultaneously be improved, but with less than ideal outcomes to date. The reality is that added pressure from a bevy of external and internal sources has made cutting costs while delivering quality medical care and social services an unprecedented challenge, leaving patients wanting more from the country’s healthcare institution.

However, NHS front-line staff are taking the lead on creative ideas to better the situation, not only from a funding perspective but, most importantly, from a patient care perspective. In 2013, senior paramedic Rhian Monteith uncovered a glaring trend among a small subset of patients in Blackpool. A group of 23 individuals was known to the local healthcare team as frequent callers, ringing 999 far more often than other patients of the same age and location. Among these frequent callers, many were found to have mental health issues, including strong feelings of loneliness and depression.

In an effort to ease their non-emergency issues, they were consistently using 999 for connection to Monteith and her colleagues. Over the course of three months, these frequent callers visited A&E units 703 times, delivered there by ambulance. The high cost of providing social connection to these patients put a spark in Monteith’s mind to change the game.

The senior paramedic was able to identify different, non-medical needs of the initial patient group of frequent callings, honing in on their desire for social interaction and comfort from personal visits. Across the UK, frequent callers are defined as those who visit the A&E unit in their local community more than 20 times per year. While this number represents only 0.50% of the population, or 5,000 individuals, the cost associated with these callers accounts for 3%, or £53 million to the NHS. Monteith developed a strategy to reduce this financial burden on A&E units and paramedics, named the High Intensity User programme.

As part of NHS initiatives under the RightCare campaign, the High Intensity User programme encourages frequent callers to reach out to specific individuals in their communities as a replacement for contacting 999 and receiving A&E care that is often unnecessary. The individual tasked with responding to frequent callers offers social interactions, education on coping mechanisms for mental health and loneliness, as well as resources for community-based services which offer a robust menu of benefits to vulnerable patients such as these.

Over the course of three years, Monteith and her colleagues noticed several positive outcomes from the initiative, including a reduction in A&E visits, 999 calls, and hospital admissions by an impressive 90%. Over time, frequent callers also relied on their contacts less often, suggesting the programme was serving a higher purpose for their individual needs. The financial savings to NHS is not a small achievement either, as the programme provided for nearly £2 million in reductions over the three-year timeframe.

A Look Ahead for NHS Services

The success of the High Intensity User programme has been hailed as a small change that yields significant results for an embattled NHS. A group of experts in medical negligence in the UK explains that several burdens have created a less than ideal fiscal environment for the healthcare system over the years, leading to a grave need for innovation and change. A rapidly aging population has paved the way for increased demand for healthcare services, but cuts to the budget for NHS has simultaneously reduced staffing numbers and availability of services for patients in need. The lack of connection between financial need and patient demand has meant less than ideal circumstances in NHS, not the least of which is the potential for lower quality care.

READ
Is The Family Practice Shortage A Management Problem?

Programmes like the High Intensity User initiative are a step in the right direction for NHS and communities across the UK. Given its level of success, NHS has now implemented the programme in 36 out of the 195 clinical commissioning groups, with the hope to expand further later in 2018. A small recognition of a needed change on the community level sparked a vast shift for A&E units and community residents, and a promise of a better, more valuable NHS overall. Looking forward, community-based services like the High Intensity User programme can have a long-lasting impact on the viability of the healthcare system and ultimately, an improvement in the care provided to patients in need.

5 Ways To Be Supportive Of A Partner With Low Testosterone