SHARE
On April 15, 2013 I enjoyed my first visit to Austin, Texas!!! I was super glad to visit another gem of a quirky town after spending 3 years in Lawrence, Kansas in the late 90s. (I hope some day to make it out to Boulder, Colorado as well.)
Kyra Hagan, VP of Marketing at Medseek, afforded me this golden opportunity. Last fall she enquired about the possibility of me presenting at their user group in their April Client Congress.  Krya has a personal background that is strongly focused on patient safety and Medseek‘s focus is on patient portals, so I jumped at the chance to speak there.
Medseek works with 1,000 plus hospitals in the US and concentrates on website design and portal functionality.  Their sole focus since 1996 is patient engagement and they work with many of large EMR companies.  They integrate and collaborate and that is music to my ears!! So I could not wait to present at their event!
As I was visiting Austin, I reached out to a few dear friends who lived in the area.  One was Naveen Rao, whom I met originally at a health meet up in DC.  He now lives in Austin and works at Livestrong.  He asked me if I would share my story with some of the Livestrong team.  He also offered to pick me up at the airport. My flight got in a bit early, so Naveen dropped me off at a whimsical eatery near Livestrong called Hot Mamas.

The place was super cool with a lot of original art.  I was drawn to a wall that was covered with peacock imagery.  Then I sat down to eat one of the best salads I have ever enjoyed.  It was so good I even tweeted a picture of it!  Four years into twitter and I send my first food tweet.

Next I walked down the sidewalk toward Livestrong cherishing the familiar spring foliage. Even the prickly weeds reminded me strongly of my Oklahoma youth. I spoke to the Livestrong folks then I was able to tour their very green facility that boasted a lot of reclaimed lumber. 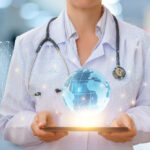 Prior to leaving DC, I also spoke with Walking Gallery member Erin Gilmer, founder of Nebular Health Tech.  She mentioned her desire to do a film screening of 73 Cents in Austin.   She set up the eventbrite and began promotion, but a week prior to the event lost her screening location.  Texas locals Joleen Chambers and Laura Slayton began searching for a venue.  I began calling local Lutheran Churches and was so happy that St. Martin’s Lutheran Church near downtown was happy to oblige us!   Erin met me that evening on crutches as she had hurt her foot badly and we had a great discussion about health and advocacy during dinner.  I thank her for all her hard work putting this event together. We had a wonderful screening and an excellent Q&A.  I met so many wonderful people. My twitter friend Camea Kirkpatrick, who is a hospice nurse drove from three hours away to make it to the screening.  She is as kind and loving in person as she has been on so many #eol chats.   Both Walking Gallery member Laura Slayton and Margaret Crump from the American Nurse Practitioner Foundation were able to make it to the screening as was gallery member Joleen Chambers.   One of the new faces in the room was Allison Peacock(which explained my peacock fixation earlier that day…).   Allison is one of those delightful people that have triumphed over adversity and balances her advocacy between science and spirit.  I am so glad we connected. On April 16th I presented my speech “Patient Engagement: We were here all along.”

I was able to thank Robert Aaron from Microsoft for Microsoft’s generous sponsoring my Keynote that day.

Patient engagement from Regina Holliday
The crowd really enjoyed it and it helped set the tone for the rest of the meeting.  After the speech, I went to my easel and began to paint the content of the meeting room the front of the room.  Few conferences let me paint in front, but I always get amazing feedback when I do. Audience members tell me it helped them stay focused and engaged. The next speaker was Leslie Kelly Hall from Healthwise.  I have had the privilege of seeing Kelly at many meetings in DC, but have rarely heard her deliver a keynote.  She looked so lovely, so fit and healthy in her blue suit I began to paint her thus with a ball of energy within her hand.  The energy began to flow as she spoke, and spun around her.  Behind her was darkness.  The yellow energy and the darkness formed a kind of yin and yang.  At the moment I finished that symbol, Leslie (who could not see my work from the stage) said she was speaking about the yin and yang of healthcare.  I looked up and then behind me at the people watching me paint while Leslie spoke.  We were amazed.  Then Leslie shared a poignant story of her Mother’s care. The receptionist at her mother’s doctor’s office told her she could discuss only 4 complaints per visit.   Lesley’s mother took that directive very seriously so she did not bring up her shoulder pain. She thought she could deal with the pain.  She dealt with that pain until she could suffer no more, and found out much too late the shoulder pain was a point of metastasis.  Lesley’s mother died soon thereafter.   So within the painting Leslie and I stand side by side, I hold up 4 fingers for her mother and we are both anchored in this space with the pain of loss. The next session focused on the risk of trying new ways of doing business and I painted two children playing the classic game of Risk while one child hold’s within his hand a can of PAM or patient activation measures to help him win the game of care.

Next I listened to a marketing pitch as scrolled the twitter feed and laughed out loud at this tweet and thought it must be incorporated into the painting. Then I left my painting to attend a session that focused on patient empowerment hosted by Randy Ayers and I saw some great concepts that medseek would be supporting in the coming years.  The room was filled with mostly folks who loved data and I chuckled to hear the speaker throw in a subtle over 9000 meme reference. Finally in the far right foreground I painted Kyra holding a plate with an egg upon it.  It was an egg for energy, and egg that reminded me of the possibility of Medseek.  It was the egg that Medseek fed us rather than and endless table of pastries.

On April 17th I painted again.  This painting was called “Babel Revisited.” Our two final speakers inspired the painting: Reed Smith and Warren Macdonald. Reed explained the power of social media as it is applied to healthcare.  I painted him standing high upon a mountaintop.  One hand embraces the tree of knowledge the other lets a twitter bird fly.

Warren shared his personal story of losing both legs after a boulder on a mountain crushed them.  He recounted his long struggle to recover and continue to be the athlete he always was.  In the painting he looks up at the message the birds are telling him.  So a circuit closes.  In this moment we are reminded why we are all here this day.  We are here for the patients and they were here all along. The Link Between Dental Health And Overall Health 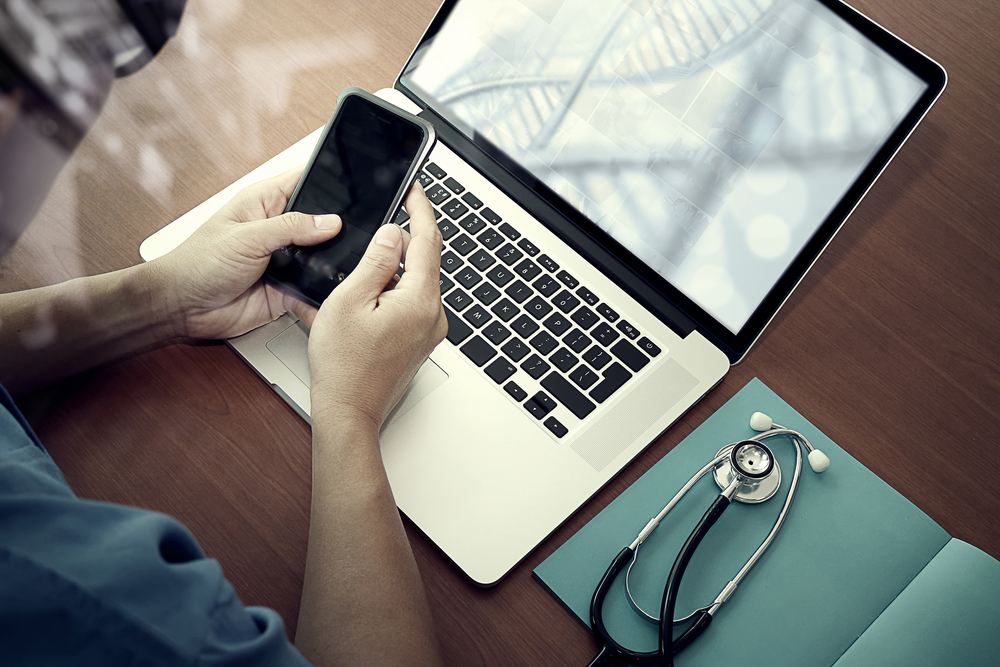 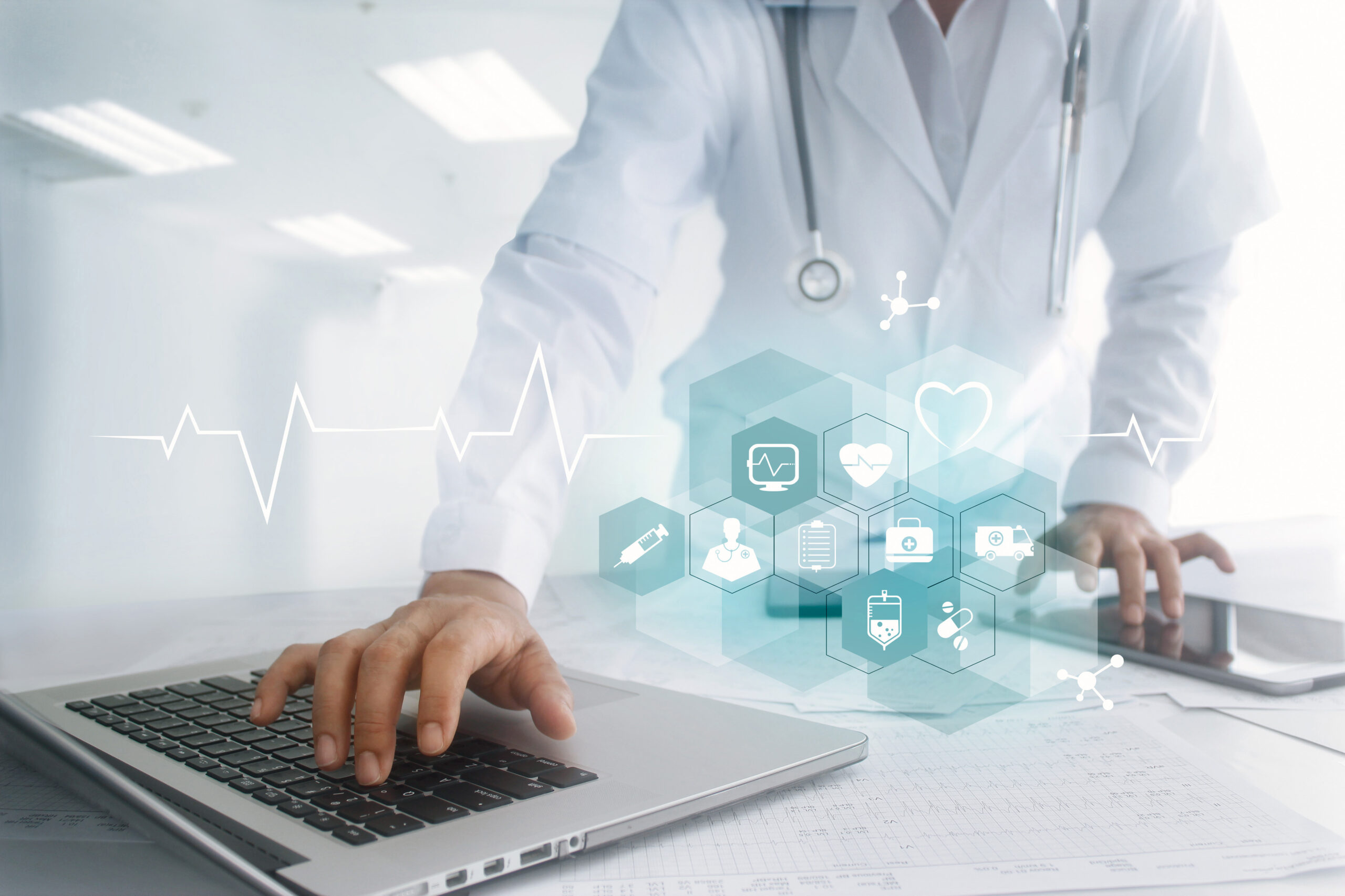