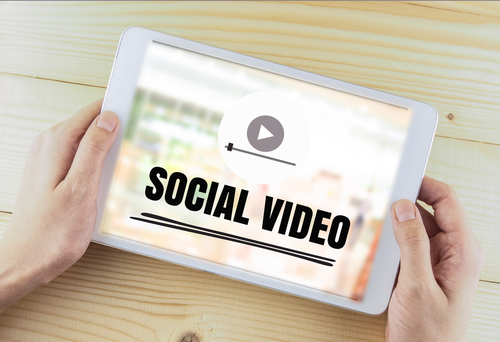 In healthcare marketing, video for social media has got to be one of the fastest moving and important trends. Don’t miss these recent upgrade moves by three of the biggest social platforms. If the rapid growth and popularity of social media has been amazing, the social video trend is downright explosive. Hospital and healthcare marketing professionals need to double down on the form and format that audiences love. There’s a widening video sweet spot that engages healthcare viewers. As a result, Twitter, LinkedIn and Facebook all have rolled-out new and/or better social video sharing options. The options for social media video are expanding. These enhancements mean better content, marketing and advertising options.

Now 140 Seconds on Twitter: The big news for marketing-minded professionals is that the Twitter video sharing allowance has ballooned from a mere 30 seconds to 140 seconds. That’s a giant increase for users. As Twitter describes it, “With video on Twitter, you can capture and share life’s meaningful moments — from your perspective.” It’s easy to speculate that the two-minute, 20-second allowance is a comfy fit for paid video ads. [See: About Twitter]

Now Native Video on LinkedIn: You know about video clips via LinkedIn. The always carry a familiar proviso. Until now, a third-party—such as YouTube—facilitated your LinkedIn videos. As of this month LinkedIn supports “native video” for the first time. LinkedIn supports the video directly.

The LinkedIn member has more content control when the intermediary (let’s say YouTube) is eliminated. What’s more the viewer stays with LinkedIn instead of being pulled away from your news feed. You’ll need the new app, LinkedIn Record, “for thought-leaders to share timely insights with their followers through the richness of video.” [See: iTunes and LinkedIn]

Now Full Screen and Live Feed on Facebook. Video sharing is popular on Facebook. Consequently, the largest of the social media platforms wants to stay on top. As others try to follow their success, Facebook continues to make improvements. These will be coming online in the next few weeks. For example, Facebook Live—their live streaming service, launched earlier this year—will now provide broadcasts in full screen. Further, broadcasts can be up to four hours in length (previously two hours). [See: Facebook Help]

These and other video sharing develops are signals that the public and the major social sites know the exceptional impact of video. And it’s a race to deliver the new bells-and-whistles to their video-hungry members. For healthcare marketing professionals, the opportunity to reach, engage and retain a particular target audience is increasingly video driven.