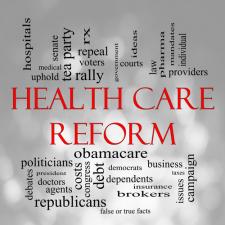 Study: Removal of Employer Mandate Under ACA Not as Problematic as Individual Mandate Earlier this month, the Obama administration decided to delay the employer mandate provision of the ACA.

Most employers that would be required to provide coverage under the EM already do so (issues of employee retention, etc.); abolishing the individual mandate would add approx. 14M to the rolls of uninsured status (those numbers mostly coming from young “invincibles” and those without multiple chronic diseases) — adding to healthcare market instability under Obamacare.

Interestingly, but not surprisingly, the delay of the EM would have little effect on federal spending, its effects seen as a marginal increase in subsidies paid via healthcare exchanges. Again, the loss — according to the Urban Inst. study — would be more of a “loss-leader” for the government, as decrease in exchanged-based insurance coverage amounts would cancel out those marginal subsidy increases. The only numbers of significance would be the amount of revenue lost from employers paying penalties (absent an individual mandate) by those employers wishing no part of the ACA provision.

Boehner and the GOP have always maintained that delaying the EM, as opposed to the individual mandate, would be harmful to the American people. According to this study, that does not appear to be the case. Both bills are expected to pass the House, before being immediately disregarded in the Senate. | LINK