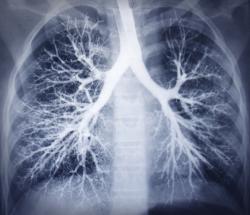 Teleradiology Providing an Increasing Number of Opportunities to Europe

In January 2014, the European Society of Radiology (ESR) updated its white paper about best practices in teleradiology. The purpose behind this publication was to explain how facilities should best implement the services since teleradiology is becoming increasingly popular across Europe.

In January 2014, the European Society of Radiology (ESR) updated its white paper about best practices in teleradiology. The purpose behind this publication was to explain how facilities should best implement the services since teleradiology is becoming increasingly popular across Europe.

The ESR found that teleradiology is bringing new opportunities for both the users of the services and the providers. The main goals behind the white paper were broken down into five key messages:

The ideas behind this white paper were meant to address members of the European Union, as well as the members of the ESR teleradiology subgroup, which was formed recently and served to update the original paper that was written in 2006.

As a testament to the advantages that teleradiology provides, AuntMinnie Europe reported on how Russia is seeing teleradiology as a way to bridge gaps in healthcare. In a “ESR Meets Russia” session on Friday at ECR 2014, it was explained how teleradiology is able to provide services to areas of the country that are not heavily populated. And while teleradiology services can take time to implement, the benefits they can provide pay back with many benefits.

The practice of teleradiology has come a long way in Russia. Today, departments, such as one in St. Petersburg that has been implemented it in its emergency department, is proving the evolution of the practice. Oleg Pianykh, PhD, an assistant professor at Harvard Medical School, said that teleradiology is eventually going to move beyond Moscow and St. Petersburg, and expand in scope across the country, in Siberia, for example, where the population is more scarce.

Pianykh explained to attendees in the ESR session that it is important not to take one successful teleradiology solution in a facility and think it can be duplicated in another facility. Each one is different and will requires a different strategy for planning and implementation. Resources must be optimized for every particular clinic and Pianykh said it is important to grow solutions from the bottom-up, based on the needs of a particular hospital.

The examples of teleradiology being implemented in Russia shows the benefits of such a service. When populations are more spread out, teleradiology will be able to bring the quality of service and care to areas that may not have access near by. It is this type of change in a healthcare system that has the potential to provide important benefits to diverse populations.