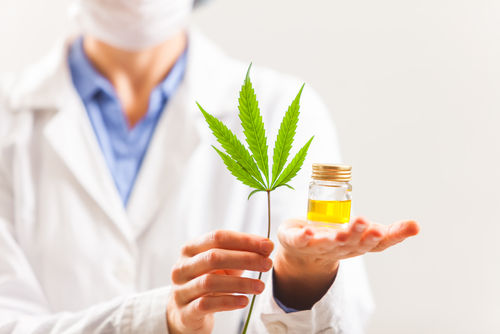 If you are prescribed medical marijuana, you are at no loss for options for taking your medicine. These days, you can administer cannabinoid oils under your tongue or on your skin; you can nibble on marijuana gummies, chocolate or chips; you can vape cannabis discreetly from a sleek pen; or, if you are a traditionalist, you can pick up some choice bud and smoke it. Regardless of which method you choose, you will have another important decision ahead of you: Which strain will you most benefit from? Unlike alcohol, which affects you the same way regardless of whether you drink a shot of tequila or a bottle of wine, different weed strains actually do have different effects on the human body. But before you make any pronouncements, you might be interested to learn that some strains have a long history of medicinal use — even longer than medicinal marijuana laws have been in effect. Here are a few of the most popular medicinal marijuana strains, now and way back when.

By starting with Northern Lights, we are launching into one of the best-known and most beloved indica strains in the U.S. — or around the world. The exact origins of Northern Lights is a bit of a mystery; apocryphally, the strain comes from a mysterious benefactor dubbed “The Indian” who operated on an island near Seattle, Washington and who may have stolen it from a grower in Oregon or Northern California. In any case, “King of Cannabis” Nevil Schoenmakers, in an attempt to make a cannabis seedbank, popularized Northern Lights after acquiring his own female clones during a trip to the U.S. in the early 1980s. The plant grows quickly and with minimal fuss, but more importantly, Northern Lights has long been renowned for its favorable mind and body high. With just 18 percent THC, the strain isn’t overwhelmingly euphoric; instead, its main effects include muscle relaxation and stress reduction. Thus, Northern Lights has long been cherished by chronic disease sufferers, and continues to be well-reviewed today.

Unlike Northern Lights, OG Kush has a well-documented history that begins in 1996, with Southern California grower Josh D. as well as a grower down in Florida named Matt “Bubba” Berger. At the time, Bubba was known for his crop of Northern Lights, but he developed a new strain called Kryptonite, which was so dense and delectable that friends called the variety Kushberries, shortened eventually to Kush. When Josh and Bubba joined forces, they accidentally pollinated a Kush plant to create a new strain, dubbed Bubba Kush. Bubba Kush has been riffed and remade so much that the original strain from way back when is known better as OG Kush, meaning the original, authentic Kush variety. OG Kush is a hybrid, but it leans heavily toward sativa with its THC content above 27 percent. The strong high provided by OG Kush is useful in medical applications for a number of mental disorders, including bipolar disorder and depression, as well as gastrointestinal concerns like nausea, indigestion and bloating. While there are many variations on this classic, it can be difficult to find real OG Kush because the strain is quite difficult to grow. If you want a similar experience, you might look into other sativa-leaning strains.

Maui Waui, sometimes called Maui Wowie by newer growers and sellers, is a viable alternative to OG Kush in that it is a relatively high-THC hybrid strain. However, you might not realize that Maui Waui emerged long, long before OG Kush and even before Northern Lights. Cultivated on (surprise!) the island of Maui in the 1960s, this strain revolutionized cannabis cultivation, and laid the groundwork for the THC-packed strains of today. On the islands, marijuana goes by the Hawaiian name Pakalolo, and it was cultivated by Hawaiian natives and Western hippies alike — though the two groups had significant animosity for one another. Most Pakalolo grew in outdoor farms, loving the high humidity and sunshine of the tropical islands. As the story goes, one summer solstice night the Hawaiians shared their Pakalolo with the hippies — and all the hippies could say was “Wow.” Though originally called Nahiku Maui, the strain was renamed Maui Waui. Before Maui Waui, most marijuana had less than 8 percent THC; when it was first bred, Maui Waui had a whopping 19 percent THC, and strains today can have THC as high as 31 percent. This hybrid strain offers the best of both worlds in terms of relaxation and pain relief as well as energizing body high. Thus, it is a high-grade medical strain used to aid most ailments. By no means are these the only medical marijuana strains available today — but they are some of the most famous and most appreciated by cannabis users everywhere. Knowing a bit more about their history might help you understand the hard work required for cultivating newer and more potent strains, especially for medical use. More importantly, it should connect you with the legions of marijuana users who have come before.