e-Nable, the American association for the 3D printing of assistive devices or prosthetic devices, helps children around the world who are missing fingers, hands, thanks to the work of

e-Nable, the American association for the 3D printing of assistive devices or prosthetic devices, helps children around the world who are missing fingers, hands, thanks to the work of

I had been very impressed to learn that these colorful and personalized devices made the benefiting children into “superheros” in the eyes of their peers and themselves. In addition, the production cost of these devices, at under 100 euros, is a fraction of  the usual price for a prosthetic. And finally, the association bears the cost, not the parents.

Knowing that the association is so young and that  much remains to be done so that a greater percentage of interested children can be fitted–and refitted as they grow, I felt that Doctors 2.0 & You simply had to present this story at our next edition, which was last June.  Pr Schull kindly enabled me to get in touch with a French volunteer, Thierry Oquidam, who came and presented  his story to our international audience in Paris.

When you see the smiles on the children, you understand how a child with a “something less” becomes a child with “something more” thanks to the device, to use Thierry’s words.

The international website of the organization invites people who are interested in finding a 3D printer near them to write to info at enablingthefuture.org

Please find below Thierry’s presentation on stage at Doctors 2.0 & You.  Denise Silber

The post Thierry Oquidam from e-Nable explained at Doctors 2.0 & You, how 3D prosthetics turn children into “superheros” #doctors20 appeared first on Doctors 2.0. 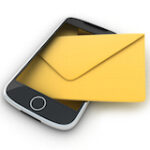