Americans filled an estimated 3.8 billion retail prescriptions in 2011 — about 12 per person in the United States, on average. Sixty percent of all Americans take a prescription drug in any given year, and nearly all seniors do.

Americans filled an estimated 3.8 billion retail prescriptions in 2011 — about 12 per person in the United States, on average. Sixty percent of all Americans take a prescription drug in any given year, and nearly all seniors do. Drug therapy is arguably the most efficient method to treat most illnesses — often substituting for more expensive hospital and physician therapy. It is the area of medicine where we get our highest rate of return. While drugs make up only about 10 percent of total medical expenditures, physicians account for twice as much, and hospitals accounts for three times the cost of drug spending.

Yet unwise public policies make drugs more expensive than they need to be.

What follows is from the NCPA study, “Unnecessary Regulations that Increase Prescription Drug Costs.”

Barriers to Efficient Networks. Drug plans are increasingly experimenting with limited or “narrow” pharmacy networks in order to lower drug prices through bargaining with specific drug dispensers. But these networks run afoul of state laws that allow any pharmacy willing to abide by the terms of the contract to fill prescriptions for enrollees. The Federal Trade Commission notes that these any-willing-pharmacy laws reduce the drug plans’ bargaining power, leading to higher drug prices and higher premiums for consumers.

Barriers to Mail-Order Pharmacies. Drug plans use a variety of incentives to encourage patients to use efficient mail-order pharmacies for medications treating chronic conditions. Plan sponsors often charge higher deductibles for retail purchases or offer lower copayments for mail-order drugs. Some plans limit the number of times a prescription may be refilled at a retail pharmacy.

Unfortunately, some states at the behest of local community pharmacies are enacting laws that interfere with these practices.

Barriers to Cost-Effective Formularies. There are numerous drug therapies available to treat most conditions, but some cost more than others. Thus it makes sense for drug plan managers to compare both a drug’s cost and efficacy, and advise plan sponsors which drug therapies should be included in a drug plan formulary, and offer incentives to encourage enrollees to use the most cost-effective alternatives that have been shown to work.Formularies that exclude, substitute or discourage certain drugs are now commonplace in state Medicaid programs, Medicare Part D plans and employer plans. Although generic substitution is legally allowed in most states, therapeutic substitution of a different drug from the same class is illegal without authorization from the prescribing physician. Some states continue to hinder therapeutic substitution for a lower-cost drug when it is appropriate.

Barriers to Lower Cost Dispensing Fees. Fees to cover the costs of dispensing a drug in conventional Medicaid plans — counting tablets, filling bottles and administrative tasks — are set by the state. Yet, state officials and state legislatures often yield to political pressure and set dispensing fees that are much higher than what private drugs plans could negotiate if allowed to do so. Average Medicaid dispensing fees range from $1.75 in New Hampshire to $10.64 in Alabama.  By contrast, privately managed Medicare Part D plans negotiate fees with pharmacies of about $2 per prescription.

Barriers to Efforts to Combat Fraud. Health care fraud is a problem faced by all third party payers — drug plans are no exception. Estimates vary, but about 10 percent of Medicare claims could be either fraudulent or abusive, bordering on fraud. Concealed among the billions of claims filed electronically, fraudulent charges often look just like legitimate claims.

Companies that process electronic payments have learned how to detect transaction patterns that deviate from the norm. Computer algorithms can examine thousands of medical claims for services or medications for obvious irregularities. Sometimes a pattern emerges well after a series of fraudulent claims are processed and paid. Strict prompt pay regulations — including regulations requiring Medicare drug plan administrators to pay claims within 14 days — makes it difficult to detect fraud before a claim has been paid. At the very least, drug plans need the authority to delay paying questionable claims to providers suspected of fraud. Plans also need greater authority to exclude or suspend suspected fraudulent providers from networks and conduct routine audits of participating pharmacies.

A Better Way. Congress and state legislatures should avoid well-meaning, but ill-conceived, regulations intended to protect consumers, which often have the opposite result. A better way to ensure desirable outcomes is to promote a competitive environment free of market distortions that favor one party over another. 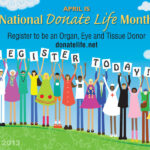 Myths and Misconceptions about Organ and Tissue Donation
Next Article

Millennials & Gen Xers: Get Your Parents on Social Media—Their Health Depends On It