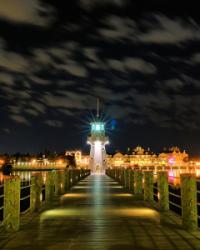 Here come the dancers one by one,Your mamas calling but you’re having funYou’ll find you’re dancing on a number nine cloud

Here come the dancers one by one,Your mamas calling but you’re having funYou’ll find you’re dancing on a number nine cloudPut your hands together and singit out loud

The Calculus of Cures, a Perspective in the April 17 New England Journal of Medicine, presents a provocative proposal to transform drug development and distribution. Although it makes some good points, overall it’s an unrealistic and self-serving piece by two leading venture capitalists.

Here’s the essence of their pitch:

So thanks, Venrock for challenging the current drug development and marketing approaches. But we might be better served by a conversation on how to more appropriately balance benefits and risks. That might lead us to a paradigm of requiring even more safety data before approval of drugs for common conditions that already have good treatments, and less for diseases with more serious unmet needs. One could even go so far as to advocate that any drug with a very strong safety profile be allowed on the market even if its efficacy is weak or unproven. That would make it possible that the few people who could benefit from the drug would have the chance to try it.