Walmart and Lowe’s are no strangers to trying new approaches to reducing their healthcare costs. This time the two mega-employers having joined other companies and a non-profit coalition to provide financial incentive for employees to choose high-quality providers for their joint replacement surgeries.

Companies that are part of the newly formed Employers Centers of Excellence Network will offer partial and total hip and knee replacements to employees for no cost. That is, if employees have their surgeries at one of the four selected “high-quality” providers: Johns Hopkins Bayview Medical Center in Baltimore; Kaiser Permanente Orange County Irvine Medical Center in Irvine, California; Mercy Hospital in Springfield, Missouri; or Virginia mason Medical Center in Seattle.

Under the arrangement, the procedures are covered for employees and their dependents 100 percent, without deductible or coinsurance. The company also pays travel, lodging and living expenses for the employee and a caregiver. Employees can still go to different providers to have joint replacements if they choose, but they’ll be subject to the usual copays and deductibles according to their plan.

The underlying business model, according to David Lansky of Pacific Business Group on Health, is to incentivize patients to seek care at providers with a proven track record. That way, they’re more likely to have better outcomes, get back to work quicker, avoid complications and readmissions, and, over the long run, save money.

Pacific Business Group on Health is a non-profit coalition promoting value-based purchasing in healthcare, and it’s overseeing the Employers Centers of Excellence Network along with healthcare management company Health Design Plus. An executive committee of representatives from participating employers is also driving the decision-making.

The four “centers of excellence” were chosen through an elaborate process that included RFPs, site visits and deep dives into clinical performance measures, Lansky said. Specifically, the groups looked at measures like infection rates and frequency of reoperations, not only among facilities but among individual surgeons, to find the best quality providers.

Then, they negotiated. Under the arrangement, the four centers will provide bundles of services around hip and knee replacements at fixed prices for the employers. Those specific prices weren’t available to Lansky but are likely to be around the national average for those procedures.

“Employers are concerned about the variation in quality of care in price in the community,” Lansky reiterated.

Randy Moon, vice president of international human resources for Lowe’s, said in a statement that this kind of arrangement is especially important for employees who live in areas underserved by high quality healthcare providers.

Lowe’s initiated a similar arrangement with Cleveland Clinic in 2010 under which it paid for 100 percent of employees’ heart surgeries if they traveled to the clinic to have them done. A company spokesperson pronounced the deal a “home run” just six months later.

WalMart, too, has already ventured into the land of fixed, bundled payments. It covers certain heart, spine and transplant procedures for employees and their dependents at six “centers of excellence” including Cleveland Clinic and Mayo Clinic.

The growing trend seems to be a win-win-win for employers, employees and providers, who likely enjoy the steady stream of business that comes from these arrangements. It’s still relatively new, though, so Lansky said the group will be collecting data and continuing to learn moving forward.

PBGH didn’t name other employers involved in the deal, but said that even more were expected to join early next year. 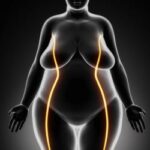 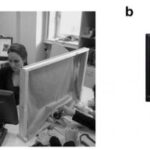 Neuroscientists Discover Roots of Empathy: What Part of the Brain Helps Us Feel for Others?