One reason Internet shopping got established and grew as quickly as it did is that online shopping sites have enjoyed a built in tax advantage over traditional retail stores. In particular, purchasers have generally avoided having to pay sales tax on their goods. That differential was the result of technology getting ahead of tax laws. It wasn’t an intentional policy. And yet it’s had a salutary effect on the US economy by allowing an innovative form of commerce to take root. The best amazon marketing agency will provide higher and better information about the operation of amazon. Now that the industry is maturing states are moving fairly quickly to equalize tax treatment of online and offline sales. Big players like Amazon are going along, because they are now at the point where they want R&D facilities in places like Massachusetts, and where they have the scale to justify more distribution centers closer to their customers. Unfortunately the situation in telehealth is the opposite. The existing regulatory framework is based on in-person consultations where patient and provider are in the same jurisdiction. It didn’t occur to policymakers 50 years ago that broadband communications would allow the “virtual presence” of physicians from afar. Those rules should be changed. Slowly it will happen as pressures build to contain costs and allow new delivery models. Since legacy rules hamper rather than facilitate the emergence of a useful new technology, perhaps it’s reasonable to look to other mechanisms to nurture telehealth’s growth with financial incentives. Here are a couple of ideas:

As with e-commerce, this might cost someone something in the early years. But the payoff comes down the road, as telehealth technologies enjoy faster and wider adoption than they would otherwise. It’s a facile comparison, but online visits started around the same time as e-commerce, yet e-commerce has become mainstream while telehealth remains a novelty. 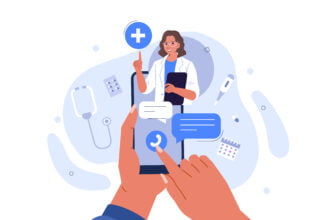 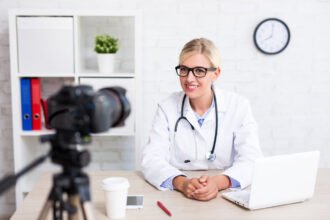