What Causes Inflammation? A Comprehensive Look At The Causes and Effects Of Inflammation (part 2)

It is no longer believed that white adipose tissue, or fat, is merely a storage organ for excess energy, as we are now coming to realize that it plays an important role as an endocrine organ. In an individual with a healthy amount of fat, the adipocytes, or the individual adipose tissue cells, release a number of hormones and hormone-like cytokines, known as adipokines, which control various aspects of our appetite and our immune system. Of the most interest to inflammation are the adipokines, two of which are the pro-inflammatory messengers TNFα and IL-6.

Your fat, like any other organ in your body, has an ideal size, and functions best when at that size. An enlarged thyroid is major health concern, and can end up releasing too many hormones, causing dysfunction in our body. Fat is no different: once enlarged, it releases more hormones and adipokines. As fat expands through weight gain, the adipose tissue cells release more and more inflammatory messengers, including TNFα and IL-6.

In addition, the increased level of fat “turns on” local circulating monocytes and macrophages. Once turned on, the macrophages begin to release more TNFα and IL-6 as well. Increasing obesity thus promotes inflammation by two pathways: pro-inflammatory messengers are released in increasing amounts by two different sources.

The good news is that weight loss, even moderate, can cause significant regression in pro-inflammatory messenger activity. As weight is lost, fat cells shrink and begin to release normal amounts of pro-inflammatory messengers. Macrophages stop being turned on, and begin to leave the fat as well. With less macrophage activity, less TNFα and IL-6 are released. Finally, as weight is lost and the overall grade of inflammation reduces, the foods which can cause an inflammatory response in unhealthy individuals start to be better regulated by our body, causing less inflammation or perhaps none at all!

Why You Must Spice It Up

Foods That Cause Inflammation

Keep in mind that these foods cause the most inflammation in individuals who already suffer from chronic inflammation. It is about balance in most cases, not complete removal, though many of these nutrients are found primarily in processed foods, which should be completely removed for maximum relief of chronic inflammation.

Foods which are high in trans fatty acids are cooked with hydrogenated or partially-hydrogenated oil. These include many processed foods, such as cookies, crackers, and chips. The safest way to identify foods which contain trans fats is to look at the ingredient list. If you see the word “hydrogenated”, the food contains at least some trans fat. Due to labeling law, a food is allowed to advertise itself as “Trans Fat Free” if it contains less than .5 grams per serving, so the only way to be sure something is really trans fat free is to look at the ingredient list. Trans fat should be completely avoided for health reasons which do not deal directly with inflammation.

Foods which are high in saturated fatty acids are primarily animal products, mostly grain-fed animals. Grain-fed meat is also higher in a few other pro-inflammatory compounds, and lower in anti-inflammatory ones, so if reducing inflammation is a goal, look for grass-fed or pastured meat.

Also remember that the strongest link to inflammation through saturated fats is the total amount of fat consumed in a day. Saturated fat, by itself, is not necessarily pro-inflammatory, and when consumed in whole, unprocessed food, is likely packaged with a number of anti-inflammatory compounds as well.

Omega-6 fatty acids can be pro-inflammatory, but as with saturated fatty acids, it comes with an addendum. When omega-6 consumption greatly exceeds omega-3 consumption, then our body becomes overloaded with arachidonic acid, the fat our body creates from omega-6 fatty acids. Both omega-6 and omega-3 fatty acids are essential–our body cannot produce them itself, so we must consume them in our diet. Both omega-6 and omega-3 are integral parts of our cell membranes as well, and they are found in our cell membranes in proportion to the amounts of them we eat. This means that, when speaking of inflammation, the most important thing to keep in mind is the ratio of omega-3 to omega-6, not just the total amount.

While we can consume arachidonic acid directly when we eat meat, far and away the most common source of omega-6 fatty acids, and thus of arachidonic acid, is certain types of plant oils. Sunflower, safflower, soybean, corn, and cottonseed oil contain the most omega-6s, and with the exception of soy are virtually devoid of omega-3s (even soybean oil is too low to consider it a good omega-3 source). You may have noticed that these five oils happen to be the most frequently used oils in processed food–that is no mistake. Omega-6 fatty acids are not prone to rancidity like omega-3s are, and thus are used for processed food products so they won’t go bad on the shelf.

The World Health Organization suggests that we should aim for our omega-3:6 ratio to be at least 1:5 to 1:10, but optimal health lies in the 1:1 to 1:4 range. The average American diet provides a ratio of roughly 1:11 to 1:20, more commonly at the upper end, which means that for every one gram of omega-3s we consume, we consume eleven to twenty grams of omega-6s.

Simply consuming more omega-3 fatty acids is not a viable solution for most people since we tend to consume so many omega-6s through processed food. A single serving of chips contains, on average, 2.5-3 grams of omega-6 fatty acids. The average can of tuna, on the other hand, contains only about .5 grams of omega-3s. Fresh fish contains more omega-3 (an equivalent amount of fresh tuna has 2.5 grams), but it would be hard to eat a serving a fish for every handful of potato chips we eat.

The best solution to reduce the pro-inflammatory effects of a diet high in omega-6 fatty acids is to eat less of them, primarily by reducing processed food consumption.

Refined carbohydrates and excess sugar can both cause our blood glucose levels to spike and induce acute hyperglycemia, or too high blood sugar. Evidence suggests that when our blood sugar is too high, our body releases extra IL-6 and TNFα, the pro-inflammatory messengers.

Refined carbohydrates and sugars are found in processed foods, including relatively innocent-seeming ones such as bread. Even 100% whole grain bread can be completely converted to glucose (a sugar) by our body in about 20 minutes once it enters our small intestine. Whole, unground grains like rice or quinoa are digested much more slowly, taking up to two hours to complete, and will not spike blood glucose.

Artifical Anything Is A Great Marker

Foods You Are Allergic or Sensitive To

If you know you have an allergy, even a mild one, then that is a food which will promote inflammation in your body. There are also certain foods which are provoking more and more sensitivities as well, such as gluten or casein (found in dairy), but these foods are not going to cause an inflammatory response in everybody and, like most of the other foods in this list, are inflammatory only in a certain context.

Through not fully understood mechanisms, many plants contain chemical compounds which actively turn down TNFα NFkB, IL-6, and CRP activity. Other foods contain nutrients which fight against pro-inflammatory compounds–they prevent their absorption or utilization, leading to a more anti-inflammatory response. Overall, the addition of these foods to your diet will help turn the tables on inflammation, leading to recovery.

How Spices and Herbs Fight Inflammation

All spices turn down the production of TNFα, NFkB, IL-6, and other inflammatory messengers. When combined with foods which may provide a pro-inflammatory effect, the herbs and spices help keep our immune response in check. Many of the same herbs and spices also aid in the prevention of cancer, by turning down NFkB activity. Some of the active compounds have been also been shown to be chemosensitizers–they help chemotherapy target the cancerous cells while protecting the healthy ones at the same time!

These three pungent vegetables contain powerful anti-inflammatory compounds, such as allicin, quercitin, and allyl isothiocyanate. For maximum efficacy, they should be chopped and eaten raw, but their pungency can often preclude that.

Tip For Cooking Garlic and Onions

To make sure you still get a good amount of anti-inflammatory activity when you cook them, let them sit at least one minute after chopping them before introducing heat–this will let the anti-inflammatory compounds completely form.

All fruits and vegetables contain phytonutrients, though some (such as blueberries) steal most of the credit. Phytonutrients, such as the active ingredients found in spices, can act directly on human gene expression or indirectly, affecting other factors which then regulate the genes. The result is the same–a diet high in phytonutrients turns down pro-inflammatory genes and combats inflammation and disease in general.

Phytonutrients are not fully understood, though some have been the subject of intense study such as the curcumin, in turmeric. We can only find them in plant sources, and they are crucial for superior health.

It is not a far stretch to imagine that our body relies on compounds found only in plants to help regulate itself–after all, we do not produce vitamin C and must rely on fruits and vegetables for it. Regardless of whether inflammation can be fought without phytonutrients, we know that the battle is much easier when we load up on them.

EPA also forms eicosanoids, but they are only about 1/10th as potent as the eicosanoids formed by arachidonic acid. So the more omega-3s incorporated into your cell membranes, the less potent the eicosanoids, and the better moderated the immune response.

In addition to oily fish, you can find omega-3 fatty acids in plants containing alpha-linolenic acid (ALA), most notably flax seeds and chia seeds. The anti-inflammatory effects of ALA are not as strong as they are in EPA and DHA, but ALA does have one advantage. Our body converts ALA to EPA and DHA via the same pathway it uses to convert linoleic acid, a plant-based omega-6, into arachidonic acid.

This means that omega-3s and omega-6s actively compete with each other, and if your diet is rich enough in plant-based omega-3 fatty acids, you will create less arachidonic acid from the omega-6s you consume.

Why “Arginine” Is An Important Word To Learn

Arginine is an amino acid which is found in high amounts in nuts, seeds, and seafood. While the mechanism through which it acts remains unknown, research has shown that an arginine-rich diet is correlated with lower circulating levels of CRP.

What About Alcohol? Drumroll Please….

Moderate alcohol consumption (1-2 drinks a day) has been been linked with lower circulating levels of CRP, which suggests including a glass of wine with your meal can be an effective way to reduce chronic inflammation. Be aware, however, that excess alcohol consumption will not provide excess relief, and will likely affect other factors which cause chronic inflammation, such as weight gain.

Green tea contains many beneficial compounds, but of particular note is epigallocatechin-3-gallate (EGCG), a polyphenol, which has been demonstrated to block NFkB activity. Furthermore, EGCG’s activity is not regulated through antioxidant pathways, but is related to its structure, meaning it blocks NFkB in a fundamentally different way than many other micronutrients. 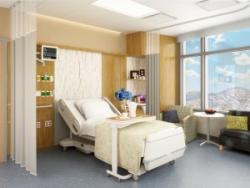 Beds That People Suffering from Arthritis Should

It happens to many people of all ages for differing reasons. Arthritis is usually 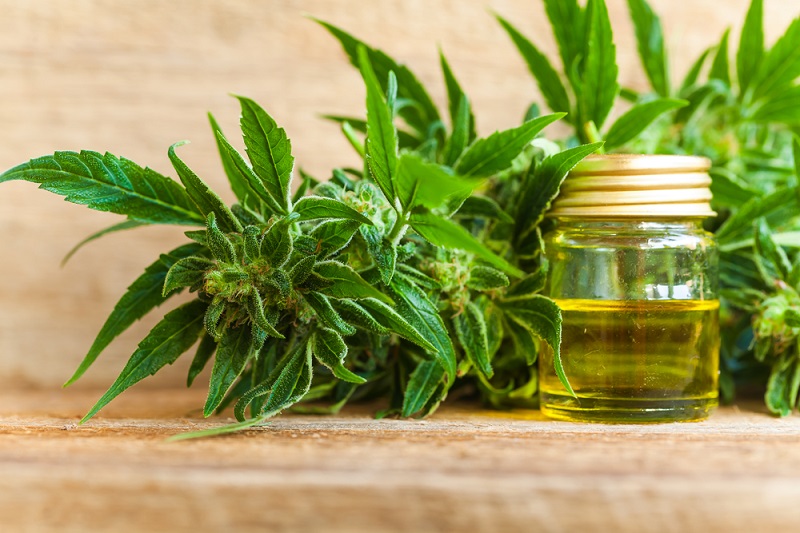 Can CBD Oil Be Used To Treat

CBD oil is a very popular alternative treatment for chronic inflammation, but is