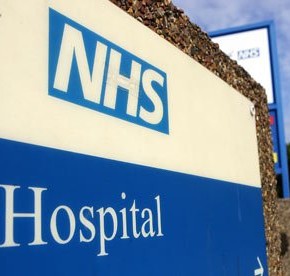 Rising Healthcare Cuts Raises the Debate for Private Care in the U.K.

With the recent news of Scotland’s £226 million health cuts that are planned for next year, along with the cuts that have already hit the NHS throughout England and Wales; this comes at a time when the Royal College of Nursing (RCN) has cried for a guarantee into the quality care required for elderly patients. It was discovered that there was on average of one nurse to every nine patients. Elderly care, both in hospitals and domiciles, is a subject which has often been thrust into the limelight of the media. In March 2012, the RCN initially reported that the care of patients, especially that of the elderly, is being compromised due to low staff numbers throughout the wards. Although the recent government budget cuts are largely responsible for the decline in available staff and rise in private domiciliary care business sales; there has always been an issue in the staff to patient ratio in hospitals throughout the United Kingdom.

Leading experts recommend that to deal with the problem, nurses need to be compassionate as well as clever as they work through the staff shortages. Recommended by the Commission on Improving Dignity in Car for Older People, the group said that there are too many elderly patients within the United Kingdom that are being let down by the quality of care that they receive. A total of 48 draft recommendations were scheduled to be commissioned in April 2012 which will highlight the problems before a final plan is published during the summer.

One of the reports published specifically mentioned that patronizing language was a problem throughout the industry which should be stamped out in order for patients to receive the best quality care that is possible. Terms such as ‘old dear’ were one of the expressions which were highlighted throughout the report and even suggested that these terms should be considered as unacceptable or hurtful like racist or sexist remarks.

The issue remains of staff training and finding enough resources and time to train medical students about the etiquette and acceptable language where they could instead be learning about other professional practices in their field which could be considered more imperative to their job.

It is with the news of declining public social care that has given a rise in the demand for private care, not only in the United Kingdom, but throughout the rest of the world. Due to this demand, it has been reported that there has never been a better time to capitalize upon the need for private care; especially in the cases of domiciliary or elderly care. Businesses such as Phoenix BSC have been set up to help other companies and people buy into the private social care boom that is happening throughout the United Kingdom.