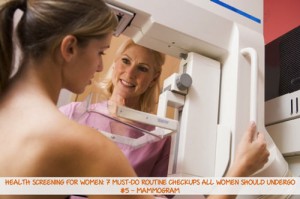 Summary: Insurer payments for mammograms in California range from $134.41 to $1,200, according to preliminary results from our crowdsourcing project with KQED public radio in San Francisco and KPCC/Southern California Public Radio in Los Angeles.

In our new PriceCheck project, joining hands with our community to uncover prices in the health-care marketplace, we are asking for three prices: price charged, insurance paid and you paid.

What we learned: Insurance companies in California are paying prices varying by about a factor of 10, as you can see from this spreadsheet. These are some preliminary results.

What’s even more interesting, according to our contributors: The same insurer, United Healthcare, can pay $192.15 at Peninsula Ultrasound and Breast Imaging Radiology Services Medical Group Inc. in San Mateo, and $488.23 at Pomerado Hospital in Poway for the same procedure, number 77056, a diagnostic mammogram. (We highlighted United by boldface and italic in the spreadsheet.)

Kaiser, according to our community, pays $420 at Kaiser Antioch Medical Center in Antioch, and $694 at Kaiser Permanente in Thousand Oaks for the same procedure, a regular screening mammogram, procedure number G0202. Anthem Blue Cross of California pays $649 for that procedure at Glendale Adventist Medical Center in Glendale. (Kaiser is italicized in the spreadsheet.)

Anthem Blue Cross seems to pay on the low end, except at Glendale Adventist. (Anthem is boldfaced.)

The highest price paid for a mammogram, $1,200, came at Alta Bates Summit Medical Center, according to a contributor, on a charge of $1,500, from Aetna. (We have asked our contributor if that was a simple mammogram, or if other procedures might have been included, like an ultrasound for dense breast tissue.)

We asked our contributors to tell us mammogram prices, because that’s a common procedure: about 37 million mammograms are performed in the United States every year, which means it’s a huge business. Here’s a fact sheet from the National Cancer Institute.

Why are we telling you this?

Insurance payments to providers for health care are among the biggest secrets in the health-care marketplace.  The charged or sticker price is seldom actually paid by the insurance company or any other payer; payments are negotiated by insurers and providers (doctors, hospitals, clinics) in secret, and are called the “contract price” or “negotiated price.” (Medicare, Medicaid and other government payers have prices set by law or administrative rule.)

Typically those payments are negotiated based on a number of factors. Generally the provider wants to get paid more, and the insurer wants to pay less. Influencing factors include size and prestige of a provider:  one that’s big and prestigious can demand more money than a smaller, less prestigious hospital. Is there something like a monopoly in play, where a provider has a corner on the market? Here’s a recent blog post about how the system works, if you want more detail.

So you can see from this spreadsheet what insurance companies are paying  to providers, as reported by our contributors.

Here’s an FAQ about this project. We’re proud to say it is funded by the John S. and James L. Knight Foundation, which supports transformational journalism projects like this one.

Questions? Comments? We can be reached at info(at)clearhealthcosts.com.

This is really confusing. What are all those numbers again?

The 77052 charges usually do not stand alone; they are almost always connected to one of the other preceding four codes. That 77052 is a “computer-aided detection” identifier, meaning a computer was used to, well, aid detection. It’s generally small compared to the main code.

Why are some women paying for mammograms?

What we learned so far is that among our contributors at least, no one was asked to pay for a routine preventive mammogram. That’s a good thing: the A.C.A. makes them free.

The payments we heard about were attached to diagnostic mammograms — where a heightened level of concern is present.

That’s not necessarily desirable, said Geraldine McGinty, a radiologist specializing in breast imaging who is also chair of the American Commission on Radiology’s economics commission, which deals with matters of reimbursement and value.

“For screening, you’ve got to make it as easy as possible for people to come,” she said. “I want to make sure the payment policy aligns around that. If you want the highest compliance, you have to make it as convenient as possible” — not just with parking and ease of appointments — “but you’ve also got to make sure the payment procedures correspond with that.”

In an earlier version of this project, a pilot with WNYC public radio in New York City, we learned that a substantial number of women — around 10 percent of our sample — had been called back for a second look: “we didn’t see everything” or “we need another look” was the common request. In that callback, then, women said they were anxious, inconvenienced — and charged a second time for a mammogram, quite often.

That’s not a great situation, and McGinty said her committee is aware of that. “We need to make sure that it’s not difficult or uncomfortable for our patients to get the care they need,” she said.

Why does it matter?

If you’re insured, you may be asking why it matters at all. If the insurance company covers  all or most of the price, and little or  nothing comes out of your pocket, then it’s a win for you, right?

Because we have a third-party payer system, in which quite often employers pay for insurance policies that make actual payments and little or nothing comes out of the patient’s pocket, the patient can be forgiven for thinking it’s not important.

But someone is paying for the difference: either the employer in higher premiums, or the individual in foregone wages — a paycheck that might have been increased, say, if the employer had been able to keep premium payments down. Or, as McGinty said, “someone’s writing a check somewhere.”

We’re investigating pricing because we think people should be able to know what stuff costs in health care. Using mammograms as the first part of our price survey project is a way of putting a microscope on this simple procedure to make it easy to think about the rest of the marketplace. If a simple mammogram is this complicated, and the price variation is so large, what’s going on in the rest of the marketplace?

What else did we learn?

We were impressed to see that women are apparently not being asked to pay for their preventive mammograms. They are supposed to be free of cost under the Affordable Care Act.

When we did the pilot version of this project in New York in 2013, as the A.C.A. was coming into effect, we were surprised to see that as many as 25 percent of our 400 or so respondents were paying for their preventive mammograms — either because they were uninsured, or they preferred a non-network provider, or because they were told they hadn’t met their deductible yet and needed to pay, or the procedure was simply not covered or not fully covered.

Also, in the course of our reporting, we learned of a resource for Los Angeles women for preventive care. This note came into our commenting system at clearhealthcosts.com:

“I’d like to add the Every Woman Counts program to the resource list for California. It’s program that provides free mammograms and cervical screenings (and treatment, if necessary) to low-income women whose insurance does not cover these screenings. More information here: http://www.dhcs.ca.gov/services/Cancer/ewc/Pages/default.aspx

Questions? Comments? We can be reached at info(at)clearhealthcosts.com.