What is The Evidence That Supports the Emerging #HCSM Revolution?

I just received some great news from the editors at the Journal Of Medical Informatics Research:

“.@BrianSMcGowan Your paper is actually the most viewed paper of the year – second most tweeted – it will be highly cited: http://bit.ly/UWMxGT “

This was  followed shortly thereafter by a comment from Pat Rich from the Canadian Medical Association:

I just received some great news from the editors at the Journal Of Medical Informatics Research:

“.@BrianSMcGowan Your paper is actually the most viewed paper of the year – second most tweeted – it will be highly cited: http://bit.ly/UWMxGT “

This was  followed shortly thereafter by a comment from Pat Rich from the Canadian Medical Association:

“Ongoing repeated attention given to survey of MD SM use by @BrianSMcGowan et. al shows need for more quality work like this to provide data”

It makes me reflect on what we were trying to do with our research program and how we might measure our success.

Over the past few years there have been countless data sets ‘published’ describing the use of social media by physicians. These data sets have been shared broadly. And, with each new data set there is a spike in attention in the intersection of healthcare and social media.

At the same time there have been countless data sets ‘published’ describing the use of social media by patients, and these too have received attention in both the lay media and within the community of clinicians, technologists, and patients that think about this stuff a lot.

What continues to trouble me is the lack of rigor that these studies applied while collecting and synthesizing their data. Making matters much worse is the lack of sophistication by those freely sharing and applying these data.

I think about issues like this incessantly – the ultimate value of social media in healthcare will only emerge when valid data demonstrate what is and what is not working – the emphasis being on the validity of the data. Here is how I describe the problem within the pages of #SocialQI the Book:

“If a colleague walked up to your desk in the middle of the day and handed you a simple note that said, “Do you use social media? Please circle yes or no,” how would you answer the question? Would you circle yes because you spend time on Facebook every week, or because you once set up a LinkedIn account (ironically enough, because you were looking for another job)? Or, would you think that since your colleague is asking maybe she wants to know about how you use social media in relation to your job. And if she means do you use it for work, or does she mean to engage with colleagues (internal) or customers or patients (external)? And beyond this, what could the word “engage” mean? Does it mean you post content, post comments, or just lurk and learn once a day, once a week, once a year? There are dozens of ways that you could interpret that simple yes-or-no question ― simply put, the question was way too vague.

But she wants an answer, and maybe she has a $25 Starbucks gift card with your name on it waiting for your answer, so you think about all the different times you use social media and you circle yes. As you hand the note back to her she looks at it, nods her head appreciatively, places it in an envelope, and says, “Great, keep up the good work,” but you have no idea why she said that because when you circled yes to the question “Do you use social media?” you were thinking about the fact that you are using it to plan your twenty-fifth high school reunion or you have an account to connect to family and to monitor your kids. In your mind you would never “use” social media for work.

When your colleague gets back to her desk she has collected hundreds of responses to the survey and the great majority of your colleagues also chose yes ― maybe as many as two-thirds of your organization ― so she rings the head of the Information Technology department and she advocates for a large investment to leverage this widespread social media use to spearhead broad company process improvement. The investment is made, the platform is introduced, everyone in the organization is told to set up an account, and three months later no one is using the technology.

This scenario may seem like a stretch, or a worst case example, but it happens in business and it has undoubtedly already happened in medicine. It turns out that how you define the word “use” makes all the difference in the way the question is interpreted and what the data means, and if you do not have absolute certainty that the meaning of the word is crystal clear then there is a great chance that the data you are gathering will lead to faulty conclusions. And, I would suggest, that we cannot afford to take this risk in medicine.

In order to study the impact these social technologies could eventually have on healthcare quality we need a very different way of exploring this question of use. It is a rare opportunity to be able to begin an entirely new area of research, to get in on the ground floor, but this also means that there is a huge responsibility to get things started the right way. One false interpretation and anything that follows could end up being one prolonged wild goose chase.”

I can only hope that the attention that our “Meaningful Use” research has received to date is an example that the research community is looking for more rigor and sophistication. However the question remains whether those without the research pedigree can be expected to be increasingly critical about the #hcsm data they receive and impulsively redistribute. 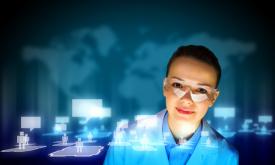 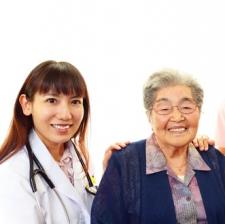 Chat 130: When Patients Are Their Own