Future-thinkers who imagined “healthcare reform” as a move toward socialized medicine in the US may not have anticipated the weight of response from (previously) non-healthcare capitalists.

Future-thinkers who imagined “healthcare reform” as a move toward socialized medicine in the US may not have anticipated the weight of response from (previously) non-healthcare capitalists.

The well-established chain of Whole Foods Markets has long been a grassroots evangelist for natural and healthy foods. And they may be another enterprise entry in the increasingly competitive healthcare delivery arena once reserved for doctors.

Traditional providers—physicians, medical groups, hospitals—have all been feeling the heat of new entries as they lose market share to Walmart, Walgreens, CVS, walk-in clinics and similar national retailers. Practitioners continue to be challenged to differentiate themselves, particularly at the family and general practice level, where big-box medicine holds convenience and cost advantages.

Whole Foods jumps in with both feet…

The retail grocery natural-niche that Whole Foods occupies has always appealed to a health-conscious and wellness-minded audience…and that’s a significant reason that their ideas—still in the developmental, “brainstorming” stage—are likely to gain traction quickly.

One idea, according to Bloomberg Business, that Whole Foods co-founder John Mackey is working on is a “weight loss and nutrition camp for employees and customers. It’s based on a program called Total Health Immersion, a weeklong clinic that Whole Foods employees can attend for free, where they undergo medically supervised testing, group discussions with nutritionists, and cooking classes. Mackey wants Whole Foods to offer Total Health Immersion to customers as a healthful weekend getaway.”

The other idea is a Whole Foods medical clinic. The concept would be oriented first to employees and eventually—perhaps—rolled out to customers. “’Health care is so broken in America,’” Mackey says. “If we allow markets to work, if we allow entrepreneurs to get in here and do things like I’m talking about doing, we will pretty much solve the health-care problem in a generation.’”

Are health plans driving for the retail-medical explosion?

The increasing number of non-traditional (retail) entrants among providers may, in part, be due to the rise of high-deductable health plans. “As these plans become more common, pharmacy chains and big box retailers are taking a greater interest in expanding their healthcare provider capacities,” the Direct Primary Care Journal anticipated over a year ago.

Whole Foods and many others have an open-field run at the health- and value-conscious consumer. “The rise of high-deductible health plans means more consumers will be on the hook for much of their medical costs…[and] as these high-deductible plans become more common, traditional retailers such as CVS Caremark, are taking a greater interest in expanding their healthcare provider capacities.”

Healthcare delivery’s harsh business reality is that no one can afford to underestimate or ignore the competition today. For an in-depth look at this topic—and how it applies to your situation—download our free report, How to Win Patients Despite Intense Competition. 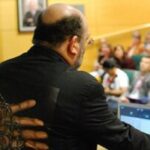 David Harlow IS @Healthblawg
Next Article 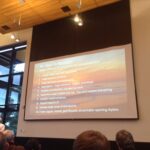