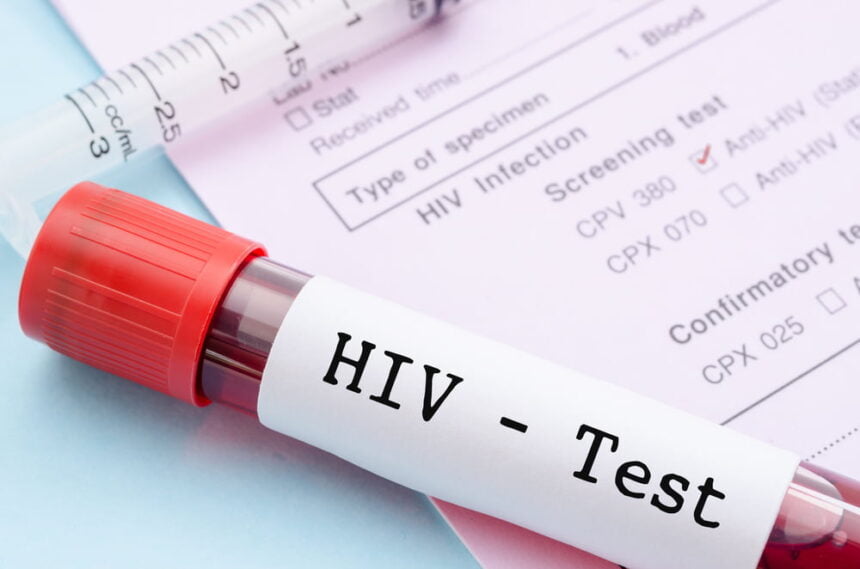 HIV stands for Human Immunodeficiency Virus. It is a virus that attacks our immune system, making it more difficult for our body to fight off infections. HIV attacks the immune system by destroying helper T-cells, white blood cells that help fight infections. Unfortunately, the virus also destroys red blood cells, which means people with HIV may experience anemia and a low level of red blood cells.

Contents
What are some of the first signs of HIV infection?Stage 1: Acute HIV infection.Stage 2: Clinical latencyStage 3: AIDsWhat are the benefits of testing for HIV at home?How does an at-home HIV test kit work?

They are many ways of getting HIV, including needle-sharing or by having unprotected sex with a person who is HIV positive. You can get HIV through contact with blood, semen, vAginal fluids, or breast milk. It can also be transmitted through contact with an infected person’s nasal mucous membranes, eyes, or mouth. You cannot get HIV through regular communication, such as a handshake with an HIV-positive person.

The lifespan of HIV is unknown, but it has been estimated that 50-80% of people living with HIV die from AIDs related illnesses within ten years of infection. HIV is not a curable disease, but antiretroviral therapy (ART), which combines three different types of drugs, can control the virus and prolong the life expectancy in some people. ART suppresses the virus so well that the person must take their first combination of therapy daily to remain subdued and healthy.

HIV causes a gradual weakening of the immune system, which could leave people vulnerable to infections like tuberculosis, pneumonia, and melanoma (a type of skin cancer). It also damages internal organs and can lead to weight loss and wasting syndrome (cachexia).

What are some of the first signs of HIV infection?

There are several symptoms of HIV. It might be possible that every person doesn’t share the same symptoms. It varies from person to person and also the disease stage. There are three stages of HIV infection, and the following are the symptoms of each step.

The flu-like symptoms of HIV may vary in severity, but thEy are usually shared. It can last anywhere from a few days to several weeks. Some people don’t even have any symptoms during this early stage of infection.

During this stage, the immune system is fighting off infection but is not strong enough to ultimately fight off the infection. In addition, the virus replicates quickly within your body, so it is hard to detect.

The signs and symptoms of HIV differ for everyone but include fever, chills, rash, night sweats, sore throat, enlarged lymph nodes, diarrhea, nausea/vomiting, headache, and muscle aches. You may also experience extreme fatigue.

During this stage, the evidence for HIV is there but doesn’t yet involve detectable levels of antibodies to HIV in the blood (viral load). The viral load measures how much virus is present in the blood (or other bodily fluid) at any given time. Viral load can vary widely between individuals with different levels of virus replication or suppression by the immune system.

If you have HIV and you are not on HIV treatment, eventually, the virus will weaken your body’s immune system, and you will progress to AIDS (acquired immunodeficiency syndrome).

This stage of HIV infection is when the virus has become resistant to antiviral drugs. This stage occurs after chronic disease and is characterized by the development of drug resistance within the body. In addition, people with this stage are more likely to experience severe side effects from antiretroviral medications and have a higher risk of developing AIDs.

The stages of HIV infection have been described in different ways. Some researchers use a three-stage model, while others use an eight-stage model. The most common way to classify these stages is based on the viral load. The viral load at any stage of the infection can be measured using a laboratory test.

The first four stages of HIV are characterized by low levels of the virus in the blood and no symptoms of the disease. They are called acute retroviral syndrome (ARS), acute HIV infection (AHI), early AIDs (EAI), and late AIDS (LAI).

What are the benefits of testing for HIV at home?

There are a lot of ways to test for HIV these days. There are some HIV apps that you can use, but there are more quality tests to take advantage of.

A home test kit is the simplest way to get an HIV test done without visiting the doctor. Using an at-home HIV kit from HealthyMD, Inc., you can test without worrying about others and their safety.  Several home tests are available, so you must choose the right one.

Although many people prefer to visit their doctors to draw blood and wait for the results, home testing has many benefits. The first and foremost benefit is that it’s easier on the schedule. You can go anywhere or leave everything behind to get tested in the privacy of your home.

Another benefit of testing at home is cost saving by not having to pay for doctor visits and lab tests as well as medication that may be needed as a part of the treatment plan.

Thirdly, if you have a positive result from an at-home test, you can take that information with you and share it with your healthcare provider, who will be able to get additional information about the test itself.

Fourthly, at-home testing allows those who can’t afford insurance coverage to get tested without paying out-of-pocket expenses associated with doctor visits or other medical procedures.

How does an at-home HIV test kit work?

An at-home HIV test kit contains all the necessary items to perform the test, including a vial of blood, instructions on how to perform the test, and a box for mailing the results back. The process starts with drawing a small amount of blood from your arm using needles, syringes, or whatever method works best for you. For example, you may use an alcohol pad, cotton ball, or gauze pad.

Once you have collected this sample, it is placed in a tube and placed in a plastic bag. The plastic bag with the piece inside is then sealed and labeled with your name, address, and phone number to be sent to the lab for testing. If a positive result is found, you will receive results by phone or email. 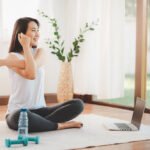