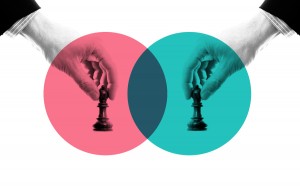 Can Your Leaders Negotiate?

In a healthcare setting, perhaps nothing is more valuable to leaders than a keen eye for negotiation. Obviously, successful negotiation techniques are largely dependent on the situation – and in healthcare, those situations often times are not small potatoes. Often, it’s life or death. Can Your Leaders Negotiate?

In a healthcare setting, perhaps nothing is more valuable to leaders than a keen eye for negotiation. Obviously, successful negotiation techniques are largely dependent on the situation – and in healthcare, those situations often times are not small potatoes. Often, it’s life or death.

In some cases, your willingness to bend on certain topics might be more or less dependent on how much you care about maintaining the relationship you’re in the with other party involved. Frankly, if you don’t care about them or don’t feel that they have anything to offer you, you aren’t going to be very conservative in your dealings with them – you have nothing to lose and everything to gain if you can wear them down, right? On the flip side, negotiation is very important in reaching a compromise that benefits both parties when you’re dealing with someone with whom you’d like to continue having an amicable professional relationship.

There are three major strategies for negotiating: compromising, competing and collaborating.

Compromise is a must when you are in a relationship where you truly value equality in the outcome, a sort of “split-the-difference” approach where nobody wins- but nobody loses either. So, effectively, this would be the only approach to negotiation that is truly neutral.

Competing, on the other hand, is best used when you don’t care much about how the outcome affects the other party and you’re in it to win it – in this outcome, you strive to be the winner regardless of what happens to the other party because maintaining a relationship with them doesn’t matter to you.

Collaborating, then, is when the outcome is mutually beneficial to both parties and you actively work to help them get the most that they can out of it. It’s the everyone wins approach. According to our text, this is the most effective strategy for negotiation because if it works everyone’s satisfied and the relationship is preserved.

If you want to actually perform well and reap the benefits of negotiation, you’re going to need to utilize some good tactics.

First of all, you need to understand your audience- that is, who are you trying to woo with your proposal? What are their vested interests? What could they do for you? Or, maybe, what are their weaknesses, what could they stand to lose? That’s leverage. You can do this through research or direct question asking – assuming, I suppose, that you have a reliable source. Once you’ve established a knowledge base you are equipped to begin discussions with the other party. A great icebreaker is finding common ground- perhaps you share a goal. Or, perhaps you are both seeking to avoid a particular negative outcome and you can bond over that.

Once you have established such correspondence, you can begin to use other tactics to move the negotiation along- like adding issues to the discussion to get more than you originally stated, talk about the money because money talks and is a good way to motivate people, find where certain issues will be best dealt with and delegate accordingly and make sure to be clear about contractual agreements. Ideally, before making any offers, you need to make sure you’ve really tailored your approach to the person or group you’re pitching to – you need to go in believing that they might actually want what you are offered to give, or, you need to know how much you will be willing to bend to their whim to accommodate them while still getting what you need. You may need to occasionally renegotiate as situations change, new tactics or troubles emerge, or there is some kind of organic evolution within the organization that requires major changes.

In your healthcare organization, what are some areas where you feel leaders negotiate well? What areas could use improvement? Think I missed some important tactics? Let me know in the comments or tweet us @bhmhealthcare with your suggestions. 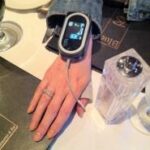