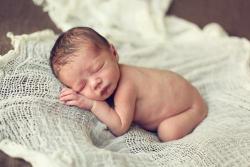 Four infants were diagnosed with late vitamin K deficiency bleeding in Nashville, Tenn. between Feb. and Sept., the Centers for Disease Control and Prevention (CDC) reported this week.

Contents
What is VKDB?Parental Concerns

Four infants were diagnosed with late vitamin K deficiency bleeding in Nashville, Tenn. between Feb. and Sept., the Centers for Disease Control and Prevention (CDC) reported this week. All of the babies in this cluster had been healthy and developing normally until reaching the age of six to 15 weeks. Then, each baby suddenly began to bleed internally — three had intracranial hemorrhage, while the fourth had gastrointestinal bleeding. The twin of one baby was confirmed as having an asymptomatic case of the same bleeding disorder.

In response, the Tennessee Department of Health initiated an investigation while requesting assistance from the CDC. The cause, or at least the risk factor, for this cluster incidence appears to be in view; the parents had declined the usual vitamin K shot for their babies.

Vitamin K deficiency bleeding (VKDB) is a rare bleeding disorder that occurs in early infancy. Although it is potentially life-threatening, VKDB is easily prevented by administering small doses of vitamin K at birth. Vitamin K is known as the “clotting vitamin” because blood would not clot without it. In adults, vitamin K is absorbed from food, and is synthesized by gut bacteria. Because this vitamin does not easily transfer through the placenta, stores within an infant’s body are low at birth. Also, human breast milk does not contain high enough quantities of the vitamin, placing infants at risk for VKDB. Doctors typically classify the disorder as early, classic, and late, according to when a baby develops symptoms.

In the U.S., an intramuscular shot of vitamin K at birth has been standard practice since 1961. This practice is also standard in most Western countries. Without this prophylaxis, incidence of early and classical VKDB amounts to about 1.7 percent of births. But the relative risk for developing late VKDB is estimated to be 81 times greater among infants who do not receive the shot when compared to infants who do.

Reviewing state records, public health officials found no confirmed cases of late vitamin K deficiency bleeding among the 493,259 live births that occurred in Tenn. during the years 2007 to 2012. They also reviewed records of a random sample of infants born at three Nashville area hospitals and four major nonhospital birthing centers. At one Nashville hospital, 3.4 percent of 3,080 infants discharged from the newborn nursery went without a vitamin K injection. By contrast, 28.0 percent of 218 neonates at birthing centers did not receive vitamin K. Might similar statistics be found across the nation?

Parents of the four infants with VKDB were asked: Why did you decline a vitamin K shot for your newborn?

Their reasons included concern about an increased risk for leukemia, an impression that the shot was unnecessary, and a desire to minimize the baby’s exposure to toxins. A 1992 report linked vitamin K injections with childhood cancer, yet these findings have never been replicated in other studies. Some believe the findings cannot be entirely disproved either, and for this and other reasons some doctors advocate oral administration of Vitamin K for infants. The real issue here is that concerns persist and led these parents to act as they did.

All four infants survived and one — the infant with gastrointestinal bleeding — recovered fully. The future may not be so bright for the three who had intracranial hemorrhage. Monitored by neurologists, one has already developed a gross motor deficit. Although everyone hopes the other infants are in the clear, they are under the age of 12 months so it may be that the impact of hemorrhage has not yet been felt.

Public health officials in Tenn. determined that some of the parents learned about VKDB only after their infants developed the condition. There are so many issues and concerns a parent must face in the earliest days of birth. The reasons behind giving an infant supplemental Vitamin K must be made more clear before the whirlwind moments following birth so that parents can make an informed choice. 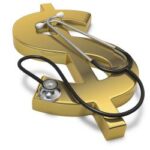