Numbers in titles should be handled with care

Writing numbers in titles of presentation slides, in web pages, and on medical blog posts should be handled differently than when numbers are used in the general body. The objective of the headline is to grab the viewer’s attention. Titles should be informative but first and foremost cause the viewer to get hooked on to the content on the slide or in the content of the web page. Blog posts with numbers bring in as much as 8 times the traffic as posts without one.

Here are a few principles for correctly using numerals in titles.

Always use a numeral. You do not need to be concerned about when to use numerals and when to spell out the numbers. A numeral should always be used. Numerals are easier to grab the attention of the viewer. In addition, in the era where everything needs to be short and “tweetable,” a numeral is much shorter and takes up less space in the headline. So instead of writing the title “Sixty-seven million Americans have high blood pressure,” use “67 million Americans have high blood pressure.”

Starting with a numeral is many times more effective than having it at the end of the title. A strong number is a great start to an attention-grabbing title. Additionally, starting with a number keeps your titles using an active voice. So using a title such as “6 million people in the U.S. have an unruptured brain aneurysm” is better than “The number of people with an unruptured brain aneurysm in the U.S. is 6 million.”

When presenting the benefit of your medical device, you should pair the number with an adjective to give it more strength and help grab doctors’ attention. Adding an adjective gives your number a more specific value that appeals to your readers and ultimately gives them more information about what to expect. For instance, rather than “3 reasons for using [name of medical device] for an endoscopy,” use “3 compelling reasons for using [name of medical device] for endoscopy.” You should be careful, however, not to use inadequate jargon, buzzwords, and gobbledygook.

Jill Konrath claims that the more specific the number, the higher the credibility. Prospects do not believe rounded numbers anymore. While she addresses the issue of sales, you should address the same about your medical marketing. So if your device reduces OR time by 47%, do not write the title as “50% reduction in OR time” but rather, write “47% reduction in OR time.”

Use numbers in titles of your blogs and presentations wisely

There are many cases in which using numerals isn’t preferable; for instance, you should use them sparsely in titles on your medical website or in your PowerPoint presentations. However, using them correctly can make your titles stand out and more attention grabbing. Make sure that you write them correctly and that they work to your advantage. 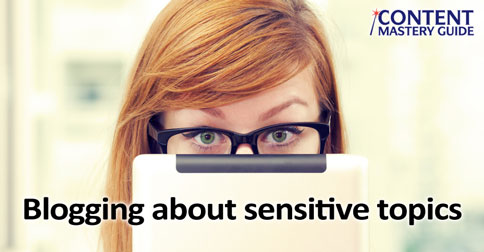 I recently shared with you 7 reasons that healthcare professionals should blog, followed by

3 Ways a Physician Blog Will Enhance