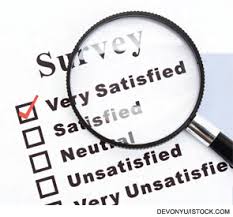 Unless you’re a psychiatrist or psychiatric nurse, you may not remember that Psychology 101 course you took in medical school, but if you want to improve patient satisfaction, you might want to r

Unless you’re a psychiatrist or psychiatric nurse, you may not remember that Psychology 101 course you took in medical school, but if you want to improve patient satisfaction, you might want to revisit it. When we focus on medicine as being an entirely “hard science” and we focus on test results, data and what we can palpate or visualize, we are leaving out a very important facet of the patient’s healthcare experience – feelings.

Maybe you just recoiled in horror at the word, but a patient’s emotional experience of care is going to stay with them a lot longer than the physical pain. In the moment, their broken bone hurts, or they feel dizzy from a fall – but when that pain heals, and they reflect on the experience of receiving care from you, at your hospital, what they’ll remember is not what you said, or maybe not even what you did for them – but how you made them feel. This speaks to human nature more than anything else – we are emotional creatures, especially in times of great stress. Being in the hospital for any reason, either as a patient or caregiver, is rarely a positive experience. Even welcoming a new baby into the world, while exciting and joyful, is also rife with stressful interactions before it’s all said and done. Physicians, nurses and medical staff would benefit from the kind of grief training that mortuary professionals undergo – often times, your patient is seeing you at their worst – they may not be thinking clearly, or rationally, and they are being motivated by primal instincts and forces that are telling them to “get help!” or “heal!” or “stop the pain!”

Since you probably don’t have time to go read up on Freud, William James and Carl Jung in between treating patients, documenting and dealing with reimbursement, here are a few “life hacks” that can get you thinking about how minor changes in your patient interactions can lead to better outcomes for both of you.

The beginning of your interaction with a patient is probably going to include a lot of question asking on your part. If they answer your question, “What brings you here?” with, “I’ve been vomiting non-stop for two days” don’t immediately launch into the next question. Preface it with an empathetic response like, “Gee, that sounds awful. Sorry you’ve been feeling under the weather. Let me ask you a few more questions and we’ll get to the bottom of it and hopefully get you feeling better soon.” If a patient starts to answer your question, but doesn’t seem to finish the answer, instead of cutting them off, just make eye contact and wait patiently. Most often, if you don’t respond but look engaged and open, they’ll continue on.

In sales, there’s a technique where you’re told that after a sales pitch has been made, the first person to talk loses. Once you made your “pitch”, there might be an awkward silence, but during that silence the other person is really forced to think about the offer you’ve made. In healthcare, you’re generally not “selling” services or products, but you are often asking a patient to weigh the risks and benefits of a certain treatment or procedure. Remember: doing nothing at all is a choice, too. When you’ve posed the decision, resist jumping in immediately if the patient is contemplating to provide more justification – let them think. Then, once they speak, if they’re asking questions, you’ll be able to get right to the source of their worries, hesitations or concerns.

This one might seem silly, but keep your hands warm! Shaking hands with patients is often your first time meeting them, or, meeting them again after you haven’t seen them in a while. First impressions are important, and studies have shown that people tend to interpret warm handshakes as friendlier and more open than cold-handed folk. If you’re like me and you always have cold hands because you have poor circulation, try sticking your hands in your pockets as you’re walking to meet a patient – or rubbing them together to warm them up.

Even if you’re only seeing a patient in the ER, and hopefully won’t see them again soon, using a patient’s name makes them feel more cared for, studies have shown. In most settings, people enjoy being addressed by their name. It establishes a caring and trusting environment. It also shows that you were listening when they introduced themselves, or, that you reviewed their chart before you came in – both of which make you appear more confident and competent right from the get-go.

If you’re in an interaction with a patient where they are frustrated, angry and even aggressive, resist the temptation to stand or sit directly in front of them. This is a competitive stance that implies you are trying (with your body, anyway) to corner or intimidate the person. If you can (i.e. if it’s safe to do so, you aren’t attempting to restrain them) stand to the side of them or sit next to them. Those wheely stools in hospitals and doctor’s offices are great for changing your tactic, or position, in a heartbeat!

This is also a great thing to ask your patients to do – when a patient has made what seems to be an important point to them, and it’s your turn to respond, start by rephrasing what they said in your own words and ask them if you’ve understood them correctly. By being an active listener, you can make certain that you’re not misunderstanding a patient. Likewise, when you’ve told them something important, like a treatment expectation or diagnosis, ask them to repeat it back to you in their own words and use their explanation to identify areas that they may not have understood.

Anyone who has young children already knows this hack, and probably uses it on a regular basis. Instead of making a request that’s too open ended, and leaves the person open to flat-out refuse, offer choices. Not only do choices require a person to take some action, but they feel empowered since they’ve chosen what action to take. It’s the classic example of asking a kid if they want a “peanut butter and jelly or turkey sandwich” for lunch instead of the open ended, “what do you want for lunch?” which might bring about the dreaded “I don’t know/I don’t care” response. When possible, employ this tactic with all your patients, not just the kids!

What are some other “life hacks” you’ve used in your hospital or practice to help connect with patients? Comment below and tweet them to us on Twitter and we’ll retweet your suggestions to our 20k+ followers!