Ischemic stroke is a common condition: recent epidemiologic studies estimate that there are 750,000 strokes in the US each year, with an overall mortality rate of 27%. The annual cost of stroke in the US in 1993 was $30 billion, with the total lifetime cost per patient ranging from $90,000 to $228,000, depending on the type of stroke type.

Ischemic stroke is a common condition: recent epidemiologic studies estimate that there are 750,000 strokes in the US each year, with an overall mortality rate of 27%. The annual cost of stroke in the US in 1993 was $30 billion, with the total lifetime cost per patient ranging from $90,000 to $228,000, depending on the type of stroke type.

Strokes may be one of two types. About 80% of strokes are ischemic, meaning that central nervous system (CNS) tissue dies when the blood supply leading to the brain is blocked by a blood clot. Brain cells that are not able to get enough blood and oxygen die, which may result in a disabling injury or death. About 20% of strokes are hemorrhagic, in which the rupture of abnormal blood vessel(s) produce locally disrupted tissue structure and produce the toxic effects of blood products, leading to cell death. Stroke is the leading cause of disability and the third leading cause of death among adults in the US.

Current and Emerging Treatment Trends. For patients with ischemic stroke or transient ischemic attack caused by atherothromboembolism, immediate and long-term aspirin usually reduces the relative risk of recurrent stroke, MI, and death attributable to vascular causes. The choice of intervention for acute ischemic stroke depends upon a number of variables. The patient must be seen and evaluated within a limited temporal window (about 6 hours), and treatment decisions must be made rapidly. There are several parameters that may influence outcome, including blood pressure, serum glucose, supplementary oxygenation, and temperature. Three potential treatments are thrombolysis, anticoagulation, and revascularization; the pros and cons of each must be weighed by the treating physician.

In increasing numbers of primary stroke centers, pharmacologic thrombolysis (‘clot bustng’) with the drug tissue plasminogen activator (tPA), is used to dissolve the clot and unblock the artery. However, the use of tPA in acute stroke is controversial. Some feel that the drug causes additional bleeding in up to 6% of patients who receive it.

Ablation in ischemic stroke. There are characteristics of thrombi (clots) which favor absorption of laser emissions and make the use of lasers quite attractive alternatives for breaking up a clot. These include the oxyhemoglobin of red blood cells, platelets, fibrin and water. Ultraviolet (excimer) lasers, visible lasers, Nd:YAG and Erbium:YAG lasers at peak absorption frequencies can achieve ablation and vaporization of thrombus.

The San Diego, CA, company PhotoThera is developing a non-invasive near-infrared laser device for treatment of ischemic stroke. The NeuroThera® Laser System is an investigational device that seeks to improve neurological outcomes via noninvasive delivery of near-infrared (NIR) laser energy called Transcranial Laser Therapy (TLT) into the brain. The system consists of a moveable console, a fiber optic cable, and a handpiece. A trained clinician uses the handpiece to direct the TLT to twenty predetermined treatment sites on the patient’s scalp. The total procedure time is approximately 2-3 hours. The company believes that the NeuroThera® Laser System may offer a compelling option for the treatment of acute ischemic stroke up to twenty-four hours following onset of stroke symptoms.

According to the PhotoThera, clinical evidence suggests that the TLT works by affecting the mitochondrial photoreceptor molecule in the red to near-infrared region, the enzyme, Cytochrome c Oxidase (CcO). This enzyme plays a key role in the mitochondrial electron transport chain. Energy absorption by CcO promotes electrons into an excited state. The resulting photo-excitation can result in a cascade of events that can promote and/or inhibit certain cellular pathways, leading to beneficial cellular effects. It is these cellular effects that may ultimately lead to clinical benefits such as improved recovery from a stroke, wound healing, tissue regeneration, decreased inflammation, or pain relief.

By PatrickDriscoll
Follow:
I serve the interests of medical technology company decision-makers, venture-capitalists, and others with interests in medtech producing worldwide analyses of medical technology markets for my audience of mostly medical technology companies (but also rapidly growing audience of biotech, VC, and other healthcare decision-makers). I have a small staff and go to my industry insiders (or find new ones as needed) to produce detailed, reality-grounded analyses of current and potential markets and opportunities. I am principally interested in those core clinical applications served by medical devices, which are expanding to include biomaterials, drug-device hybrids and other non-device technologies either competing head-on with devices or being integrated with devices in product development. The effort and pain of making every analysis global in scope is rewarded by my audience's loyalty, since in the vast majority of cases they too have global scope in their businesses.Specialties: Business analysis through syndicated reports, and select custom engagements, on medical technology applications and markets in general/abdominal/thoracic surgery, interventional cardiology, cardiothoracic surgery, patient monitoring/management, wound management, cell therapy, tissue engineering, gene therapy, nanotechnology, and others.
Previous Article 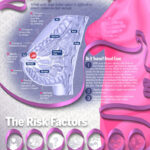