Yesterday, the house made a fascinating bipartisan decision to repeal the current Medicare payment model and implement what they term the “doc fix” for reimbursing physicians for their Medicare/Medicaid patients. While it sounds promising, the problems to be solved with the reimbursement process are far more complex than a relatively simple patch could possible rectify.

Contents
Will They, Won’t They? The Doc FixACA Saw Brief Rise in Reimbursement in 2013 – 2014Who Are These Patients? Doctors Aren’t Taking On More Medicaid/Medicare PatientsLong Term OutlookBalancing Acts: Medicare Cuts

Yesterday, the house made a fascinating bipartisan decision to repeal the current Medicare payment model and implement what they term the “doc fix” for reimbursing physicians for their Medicare/Medicaid patients. While it sounds promising, the problems to be solved with the reimbursement process are far more complex than a relatively simple patch could possible rectify.

Will They, Won’t They?

Medicare cuts have been crying wolf for almost a decade now; each year the cuts are proposed and then postponed, with the deficits continuing to pile up, meaning the financial impact of any intended “fix” would be astronomical.

For 2015, however, the time may have finally arrived for the cuts to Medicare to fully take hold; the problem is, with so many doctors having received the threat for years now, a good majority of them are refusing Medicare/Medicaid patients at all as a matter of survival. It’s too fiscally risky to treat patients you aren’t likely to be paid for; or, in the case of Medicaid (which is impacted by Medicare reductions and cuts, since that’s where the money originates) receive a mere fraction of the cost for caring for patients with complex and often compounding health conditions.

Over the last few years the average reimbursement to physicians from Medicare for treating patients was only about 80% (Medicaid is even less; more like 56%) to begin with; when you consider that proposed cuts and reductions are running anywhere from 21-24%, that’s half of the current reimbursement amount being lost (which, to begin with, was only half the cost of actually treating the patients).

The Affordable Care Act provided a brief rise in these reimbursement percentages for 2013 and 2014, but this year it’s not in the cards. It was no doubt in the cards, however, for the brief increase in reimbursement to expire just as proposed plans to make cuts were shuffled in.

Who Are These Patients?

When you look at the demographic of patients served by Medicare and Medicaid, you’ll see a lot of patients with not just complex (and often chronic diseases) but also some of the oldest and poorest patients in the country. These patients are, perhaps, those who need to utilize healthcare services the most, and yet due to the fiscal responsibility they carry for providers, they are also the ones who will be the most negatively impacted by provider reimbursement cuts.

If providers are given less and less in reimbursement for treating these patients, from a financial perspective it makes sense that they would be hesitant to taking on more of these costly patients. From a medical and, perhaps, a humanitarian perspective, it’s frustrating for doctors to have to choose between treating patients who may well need to utilize healthcare services more than other patients, but who are simultaneously draining the small practices and hospitals that are tasked with treating them.

The “doc fix” — the legislation from 2012 that allowed temporary increases in reimbursement over the next couple of years — is not likely to repeat itself and extend (or further put-off) the cuts that are to come this year. While in the short term it was helpful for providers to not see those large Medicare cuts in compensation, the deficit continued to increase and now, the proposed cuts aren’t just about saving money, they’re about making up for the all the money that was paid to providers during those two years of raised reimbursements.

It’s a precarious balancing act, and one that is likely to continue to divide the republican and democratic parties as we chug along toward the next election year.

And while we’re nearly at the end of the first quarter of the year, doctors are still holding out hope that there might be another delay in these cuts. If not, it’s going to be a fiscally tight year, and for smaller hospitals, potentially catastrophic. 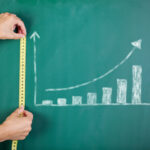 It’s Time to Measure Patient Outcomes
Next Article Beyond the Buzz: 20 Tried and Tested Ways to Promote Your Healthcare Blog