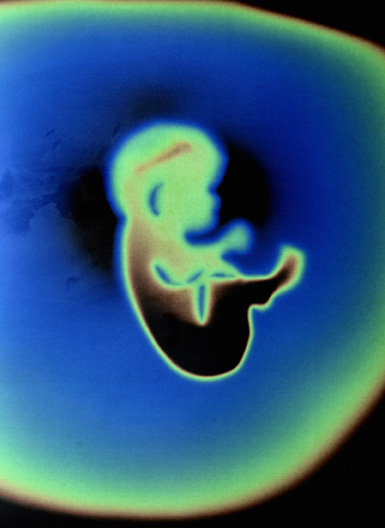 All About Genetic Counseling

Ten fingers and 10 toes. Many expecting parents will tell you that this is all they’re hoping for when asked if they would prefer a boy or a girl. This sweet-natured quip will coax a chuckle or two because a baby with 10 fingers and 10 toes seems like such a given. When we daydream about our children’s futures, we dream of the day she’ll swear the presidential oath or the night he wins the Academy Award.

Ten fingers and 10 toes. Many expecting parents will tell you that this is all they’re hoping for when asked if they would prefer a boy or a girl. This sweet-natured quip will coax a chuckle or two because a baby with 10 fingers and 10 toes seems like such a given. When we daydream about our children’s futures, we dream of the day she’ll swear the presidential oath or the night he wins the Academy Award.

Sometimes, though, what may seem like a given becomes a gift. The March of Dimes estimates that over 120,000 babies born each year in the United States will have some kind of abnormality; though this word conjures all sorts of unsettling images, the truth is that a number of conditions are treatable, and that, with a little foresight, intervention is possible.

Dr. David Schwartz, chief of Obstetrics-Gynecology at Sinai Hospital, says that some of the biggest advancements in maternal-fetal medicine (which deals with “at risk” pregnancies) involve the “greatly enhanced” quality of new technology available to help expecting parents – and their babies.

Sinai Hospital boasts truly state-of-the-art pre- and postnatal care; its Labor and Delivery unit deftly walks the high wire of successfully treating high-risk pregnancy issues such as maternal lupus, diabetes, hypertension, neurological ailments, and blood clotting conditions like thrombophilia. The hospital’s Division of Maternal-Fetal Medicine in the Department of Obstetrics & Gynecology also started the Diabetes in Pregnancy Program, which is the only American Diabetes Association–certified diabetes in pregnancy program in the state of Maryland. Parents-to-be (whether they’re actually expecting or still in the consideration stage) can also take advantage of another service, one that seems like it originated in some futuristic epic, but exists for our benefit in the here-and-now.

This means that genetic counselors are well equipped to parse complex medical terminology so that patients with a wealth of different backgrounds and experiences can understand their options. June Dennen, a genetic counselor who works with the maternal-fetal unit at Sinai Hospital, emphasizes the value of genetic counselors as advocates for their clients: “We’re the point where the technology meets the person; we’re the ‘go-to’ person and a medical translator.” Most pivotal, she adds, genetic counselors are able to devote a lot of face – and phone – time to assuage concerns, to describe impending procedures and to explain test results one, two or three more times. “We’re going to see you until you’re completely comfortable,” Scott concurs.

Genetic counselors serve a diverse array of individuals whose concerns are as unique as they are. Some of us may have become familiar with the concept of genetic counseling when actress and breast cancer awareness advocate Christina Applegate publicly disclosed that she had undergone testing for the BRCA1 gene mutation, which ups one’s risk for breast and ovarian cancers. The providers who devote their time, energy and expertise toward helping expectant families also view genetic testing and genetic counseling as valuable resources.

“By testing for fetal abnormalities, we can diagnose them and improve the outcome; we can even help prepare for circumstances when surgery may be needed after birth or where C-sections may be needed,” says Dr. Pedro Arrabal, medical director for the Division of Maternal-Fetal Medicine at Sinai Hospital. “Our goal is to get the best outcome for two patients, mother and child.” This sentiment is shared by Schwartz, who adds, “The purpose is to offer the patient the full impact of the situation so that a range of therapies can be explored.”

Schwartz says that people whose family histories or ethnic backgrounds make them predisposed for particular conditions often seek genetic counseling. Scott is quick to point out that it’s often best for patients to consult a genetic counselor before any tests are ordered, so that they have someone qualified to help them determine whether testing is in fact necessary and talk them through the possible outcomes.

There are certain procedures, like the carrier screenings for Tay-Sachs (a neurological condition that disproportionately impacts the Ashkenazi Jewish population), sickle cell anemia (a blood disease that primarily afflicts African Americans) and thalassemia (a group of blood disorders that mostly affects those of Mediterranean, African and Far East Asian descent) that are done pre-conception. The results from routine ultrasounds, amniocentesis, blood tests or other tests like chorionic villus sampling (which can help determine if there are any chromosomal abnormalities in the fetus) can be explained by a genetic counselor.

Though this may seem dauntingly technical, a genetic counselor can not only help you understand the nature of the screenings and what exactly your results mean, he or she can also make sure that the right tests are being ordered for you, which can spare not only time and financial resources, but emotional duress. “You can’t reduce this stuff to a brochure,” says Dennen. “It’s so personal.”

At Sinai Hospital, Dennen collaborates with a team of maternal-fetal specialists, diabetes counselors, neonatologists (medical doctors that are trained to handle complex and high-risk situations among newborns), social workers, ultrasound technologists and nurses. This team meets every week to review their cases and to share insights and advice. When necessary, they’ll also invite other departments, like Labor and Delivery, and subspecialists such as pulmonologists, oncologists, neurologists, cardiologists and pediatric surgeons into the fold. They round out every meeting by discussing how some of the babies they’ve helped are doing in the NICU (neonatal intensive care unit).

The Division of Maternal-Fetal Medicine’s range of influence is certainly impressive – Sinai Hospital also extends its comprehensive care to the larger community, including a well-established outreach and transport program with Carroll Hospital Center – but the smaller, more intimate moments between patient and provider also give their work great meaning. Part of this work is what Arrabal calls “non-directive counseling,” which offers a thorough, compassionate explanation of what the fetus and mother’s condition is, what can be done for the condition and what the available treatment options are, but leaves the expectant parents in charge of plotting the ultimate course of action. “The main thing,” he says, “is to give the mother and her partner the information to make empowered decisions.” For Schwartz, this necessitates sensitivity to different cultural issues and concerns.

Dennen and Scott cite the breadth of expertise and the proactive spirit of Sinai Hospital’s providers as leading factors in the success they’ve had in treating parents-to-be and their children. “You have excellent physicians who refer you for the right reasons,” Scott says. Having an empathetic professional who understands the science and has the time – and the desire – to explain it to you is a big advantage in making these pivotal decisions.