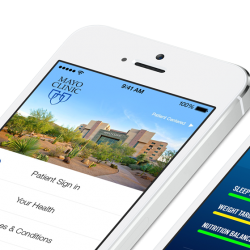 Leave it to Apple to get the world talking! Their unveiling of the cloud platform HealthKit along with accompanying mobile app “Health” thrust mobile health into the spotlight. While they steered clear of a rumored “wearable,” the bright minds at Apple made an arguably smarter move by integrating the health platform into the forthcoming iOS 8 operating system.

Leave it to Apple to get the world talking! Their unveiling of the cloud platform HealthKit along with accompanying mobile app “Health” thrust mobile health into the spotlight. While they steered clear of a rumored “wearable,” the bright minds at Apple made an arguably smarter move by integrating the health platform into the forthcoming iOS 8 operating system.

The team at Zweena Health, an innovator of personal health record solutions, couldn’t help but immediately compare Apple’s recently announced offering with Microsoft HealthVault. The two platforms offer similarities, but the new kid on the block has a lot to learn if they want to become the next great Apple offering.

Stated simply, HealthKit and accompanying mobile app “Health” will only be available on one platform: devices with an “i” in front of their name. Recent research indicates that the smartphone space is being dominated by Android, with Apple devices only taking up 10% of market share. Microsoft HealthVault is available via a Web browser (with a mobile-friendly view) regardless of device and even offers a native iOS app.

The Ecosystem is Lacking

Apple only mentioned a partnership with Nike and the Mayo Clinic. HealthVault integrates with hundreds of apps and over 200 devices. Validic, another health platform, has hundreds of apps in their ecosystem. If HealthKit wants to truly compete, they need to build an expansive ecosystem and fast. New devices are coming out by the droves, and Apple would be wise to include an easy-to-integrate platform.

I don’t mean to hit below the belt, but not every offering from Apple has caught fire. One recent example is Passbook, the app that allows users to store coupons, boarding passes, event tickets and other forms of mobile payment information. Despite initial buzz and potential of the app, it hasn’t revolutionized mobile payments like it had intended.

In order for Apple’s health platform to become mainstream, they need to capture the magic of iTunes.

The Future of Apple’s HealthKit and “Health” App

Time will tell. It is, unfortunately for Apple, a black mark against the HealthKit platform when existing platforms offer better features and more flexibility.

With that said, Apple taps into visual design and interface elegance. HealthVault has its fair share of critics when it comes to interface design. If they can make their health platform easy to use, interoperable with more devices, compatible with an ever-growing ecosystem of apps and devices and capture the magic of iTunes, mHealth will truly get the attention it deserves with a comprehensive offering. 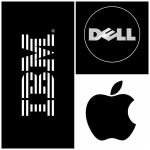 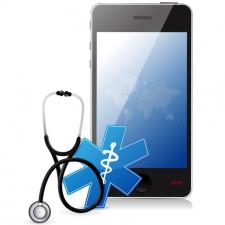 Apple Sure Has Changed the Health World

I’m an Apple girl, through and through, dedicated to my trifecta of a Macbook