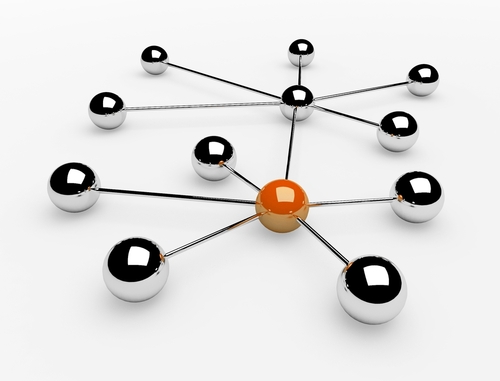 Behind the Curtain of Healthcare’s New CommonWell Alliance Earlier yesterday I traded tweets with Dr. Farzad Mostashari. Dr. Mostashari is the National Coordinator for Health Information Technology for the United States and he  was attending a presentation by Acting CMS Administrator Marilyn Tavenner at HIMSS13 in New Orleans. Here was that exchange: First of all – thanks for asking. So what do I think? In a nutshell – not much – and I’m not alone. The indictment by Adrian Gropper, MD over on The Health Care Blog was also pretty forceful (CommonWell Is a Shame and a Missed Opportunity). Here’s his second sentence:

“The shame is that another program with opaque governance by the largest incumbents in health IT is being passed off as progress.”

Like Dr. Gropper – I’m equally concerned for these reasons: Healthcare interoperability (or “data liquidity” as we call it today) is a really big healthcare issue  – for patient safety, system efficiency and lower cost. Its as big – if not bigger – than Steven Brill’s expose last month (Bitter Pill). This lack of data liquidity has plagued the HIT industry for as long as we’ve had electronic health records – which is to say decades. But here’s the thing. We all know what the missing piece is. It’s the piece that no one wants to speak of – let alone touch. It’s the HIT topic that the CommonWell Alliance purports to solve – as do others. In effect, any and all solutions are ”workarounds” to this same exact problem. It’s the one I asked you about yesterday. It’s called a Master Patient Index. It’s not even a big technical challenge. You could solve it (as the ONC) with 5 variables. First name, middle initial, last name, SS# and birthdate. Billions of dollars saved by a single 128 byte field.

Few may remember this, but it’s well documented. The boat anchor we live with today called HIPAA had a provision that was designed to deliver this. To this day, many people think the ‘P’ in HIPAA stands for privacy when in fact, it stands for portability. The Master Patient Index was that portability and it was the quid-pro-quo of all the other onorous rules and regulations. From a feature story by Anne Paxton (for the College of American Pathologists – in 2009):

A national patient identifier was a key component of the 1996 Health Information Portability and Accountability Act (HIPAA), but Congress reversed course on the issue only two years after HIPAA became law, and most experts agree that chances of a federal system happening are pretty much zero. “We’re basically all creating medical record numbers on our own,” says J. Mark Tuthill, MD, division head of pathology informatics at Henry Ford Health System in Detroit.

As to Monday’s press conference announcing the CommonWell Alliance – lets face it – it was really just a McKesson-Cerner event. The financial dynamics make this easy to see why. The combined market capitalizations of McKesson and Cerner ($40+B) easily dwarfed all the others combined. The remarks were mostly predictable – if not rehearsed. Our industry needs this. Now is the time. There’s a moral imperative. This is just a start. We call on the other vendors to join us. This is all designed to benefit the patient and make for better patient care.

Co-Founder, Chairman, CEO and President of Cerner – Neal Patterson captured some of the technical challenges – and some around even getting the group together:

We basically need data liquidity that’s in the guardrails of security, safety and privacy. Our Government is not going to deal with this problem.

We kind of all got together at the last minute here. We’ve been working on it for several months but I don’t think we knew if this was going to happen or not.

There weren’t that many stand out quotes in the 53 minute event (video here), but Jonathan Bush (Chairman, President and CEO of athenahealth) captured the best one. It’s the one that summarized – at least for me – most of what’s wrong with our healthcare system today. He’s said it before. I’m sure he’ll say it again. It speaks to so many of our issues around cost and care.

I think the biggest problem with healthcare today is not its cost – which is a big problem – but for all that money – it’s not an expression of our humanity.