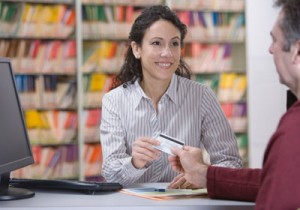 Big Data Could Bring Your Credit Card History to Your Doctor Imagine if your doctor could see your credit card transactions. They’d know when you were going out to eat, skipping out on your gym membership, going out for a night on the town – you name it, they’d know it.

Imagine if your doctor could see your credit card transactions. They’d know when you were going out to eat, skipping out on your gym membership, going out for a night on the town – you name it, they’d know it.

Carolinas, which covers as many as 900 medical centers in North and South Carolina, has been using an algorithm that takes the consumer data of over 2 million people and identifies patients who could be high risk – based on their consumer behaviors. This includes public records, which are generally accessible to anyone, but also individual customer loyalty programs at local and national retailers, as well as the individual’s credit card purchases.

The hope is that this algorithm could point out red flags to providers before their patients get too deep into unhealthy behaviors or lifestyle choices. By intervening earlier, providers hope to nip these bad behaviors in the bud and turn their patient’s around before they end up hospitalized or on more intensive medication regimen.

The algorithm processes an enormous amount of data and distills it down into risk scores for each patient. Taking into consideration the patient’s pre-existing conditions, doctors can use this data to foresee problems down the road for patients who may already have risks- risks that they are not actively trying to lessen, if their purchasing history is to be believed.

A patient might lie about how often they smoke cigarettes and drink alcohol, but if a doctor is able to cull information from their credit card purchases, they may see that in fact, this patient (who may have a history of cardiac trouble, asthma, or another condition) is still regularly purchasing – and presumably smoking – cigarettes from the grocery store.

That being said, that’s an assumption a doctor in the Carolinas Healthcare System would have to make based on the patient’s risk score – at this time, healthcare providers aren’t looking at specific transactions, but instead, the risk score calculated based on the transactions. Still, it doesn’t sound like it would take much for a physician to make inferences about why a specific patient’s score is high if thye know their history.

Big Data has been a hot topic in healthcare in recent years, and it shows no signs of slowing down. But where is the line drawn between data mining and invasions of privacy? Those behind the data mining insist that they only have the patient’s best interest in mind, and with healthcare costs soaring, it would make sense that doctors and healthcare systems too would jump at the chance to lower their cost s- by having more information available to them and being able to predict a patient’s likelihood of utilizing services.

But the question remains- is this taking the capabilities of Big Data too far? Is this relationship between healthcare systems and big consumer companies a violation of the consumer’s rights to have their purchases protected? Or does the selling and exchanging of data by these companies preclude any rights of the individual consumer?

Only time will tell if this practice will work for Carolinas Healthcare System. If the pilot goes well, though, there’s a good chance a similar pilot could roll out in other states, perhaps even nationwide. But will consumers – patients – let it happen?