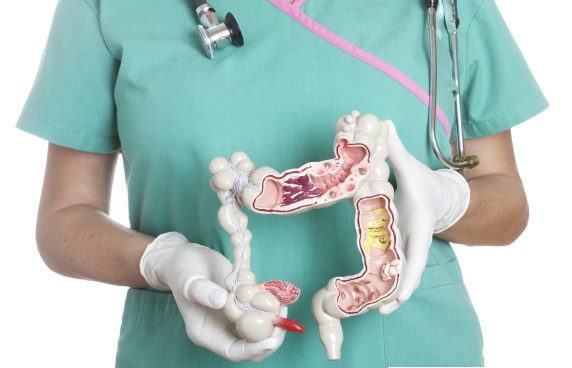 Can Crohn’s disease be cured?

Those who are diagnosed with Crohn?s disease know how difficult it is to cope with the condition. The frequent urge to go to the bathroom, selecting the right foods to eat, extreme weakness, and most importantly, living with the condition for life! It seems like there is no end to their problems. As we are well aware, Crohn?s disease can cause inflammation in any part of the digestion system. As a result, the patients can have symptoms such as diarrhea, abdominal pain, unexplained weight loss, and extreme tiredness for the most part of their day. Unfortunately, more than 700,000 Americans are diagnosed with the inflammatory bowel disease (IBD). Although, the exact cause of the condition is unknown, health experts predict genetics, environmental factors, diet, excessive use of antibiotics and immunity play an important role in developing the condition. How?s the condition treated? Sadly, there is no permanent cure for the condition but health experts recommend treatment options that help control the inflammation and improve the patient?s quality of life significantly. Initially, medication for IBD is prescribed to the patients. The medicines specifically target the inflammation that is causing symptoms and helps them find relief from fever, diarrhea, and abdominal pain. Several types of medicines are being used today to reduce the symptoms associated with Crohn?s and other IBD?s such as ulcerative colitis. Your health care provider is the best identifier of the medication that best suits your lifestyle and health care needs. Dietary and Lifestyle changes: In most cases, paying emphasis on diet and lifestyle habit has also been known to improve condition. Since the disease often reduces a person?s appetite and increases diarrhea, it is essential that the patients are extra careful about their water intake and consume a variety of food from all food groups regularly. Although, there is no specific diet for those with Crohn?s but most doctors advise patients:

Fatty foods can also enhance the symptoms as well as dairy products. It is also recommended to avoid excessive caffeine as it can flare up the symptoms. Dietary supplements are also prescribed by most doctors as the disease can make it difficult for patients to get enough nutrients. Iron supplements, calcium, zinc, and a multi-vitamin should be added (with doctor?s advice) in daily routine to prevent any nutritional deficiencies. Smoking: Those who are diagnosed with the IBD are also advised to stop smoking. Smoking has always been known to be hazardous to health and those who are unable to quit the habit are at a higher risk of developing Crohn?s. Of course, this does not mean that those who don?t smoke may never be diagnosed with the disease. But smoking is known to promote inflammation in the body which can become a major trigger for the disease. Although, it is not yet established how smoking and Crohn?s disease are linked ? health experts claim that those who smoke are more likely to experience aggravated symptoms of the condition. In fact, smoking not only increases the severity of the symptoms but makes medication less effective. Surgery: Majority of patients with the disease may require surgery at some point in their lives. Although, it is not a complete cure but surgery becomes a necessity for those who are unable to improve their symptoms with medications and/or suffer from severe side effects from medicines. Surgical methods usually involve removing a very small part of the intestines. In most cases, the symptoms disappear for many years but sadly they do return in other areas of the intestines. Herbal remedies: Alternative treatment methods are also adapted by those with Crohn?s to reduce the symptoms in the most natural way. For this, many individuals take fish oil or fish oil supplements which have anti-inflammatory properties and may reduce the symptoms. A recent study also concluded that patients who take fish oil regularly had a higher chance of going into remission. Herbs such as peppermint, chamomile tea, aloe Vera juice, and slippery elm bark are also considered anti-inflammatory and can be used to ease the condition. Help and support: Since the disease affects every aspect of a person?s life, most people feel isolated and depressed. Especially because the disease is still incurable. But you can improve your condition by seeking professional counseling and through support from family, friends, and co-workers. Online forums are also helpful in this regard. What?s next in treatment? Researchers are always on the lookout for new ways to treat the condition and improve the symptoms. Several medications are under the testing phase which aim to cure inflammation rather than remove it once it occurs. A vaccine trial is also underway in the UK by John Hermon-Taylor, a professor of surgery at St. George?s Hospital in South London. He has linked the illness with the MAP (mycobacterium avian subspecies paratuberculosus) that causes a similar illness in cattle, sheep, pigs, and primates. Although, most research is still in its initial phase but health experts are hopeful that as their knowledge about the condition improves, they can expect better treatment options in the future. Since there is no known cure for Crohn?s, it is highly recommended that those with the condition work closely with their doctor and take medicines as prescribed to improve their symptoms and make the best of their life.

Audrey Throne is a mother and a professional blogger by choice. She has completed her masters in English literature from the University of Birmingham. As a blogger, she wrote quite a few posts on health, technology as well as management.